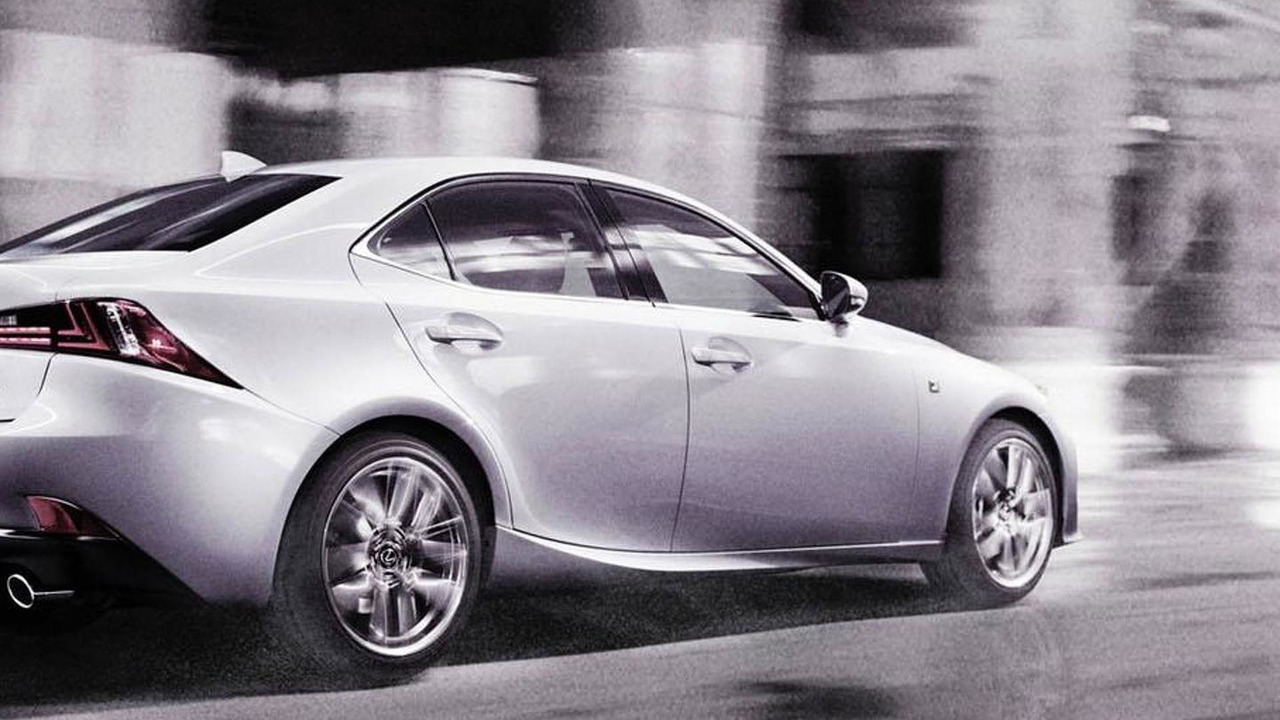 Lexus has officially unveiled the 2014 Lexus IS F Sport, ahead of its debut at the North American International Auto Show.

Following this morning's leak, Lexus has officially unveiled the 2014 IS F Sport.

Set to debut at North American International Auto Show, the model has an evolutionary design which is heavily influenced by the LF-CC concept. While it's not the most attractive offering in the compact luxury segment, the car features a prominent spindle grille and distinctive LED daytime running lights. The model also has swoopy side skirts, a dual exhaust system and wraparound taillights. Furthermore, F Sport variants are distinguished by a revised front bumper and a unique grille which has a higher "waistline" to improve airflow.

Lexus was coy on specifications, but they did say the F Sport variant will feature aluminum pedals, "3D effect" trim and perforated leather accents on the steering wheel and gear knob. The F Sport will also be available with an exclusive Rioja Red interior.

The 2014 Lexus IS will be unveiled on January 15th, so stay tuned for full details.