The 2020 C8 Corvette Will Debut As A Stingray 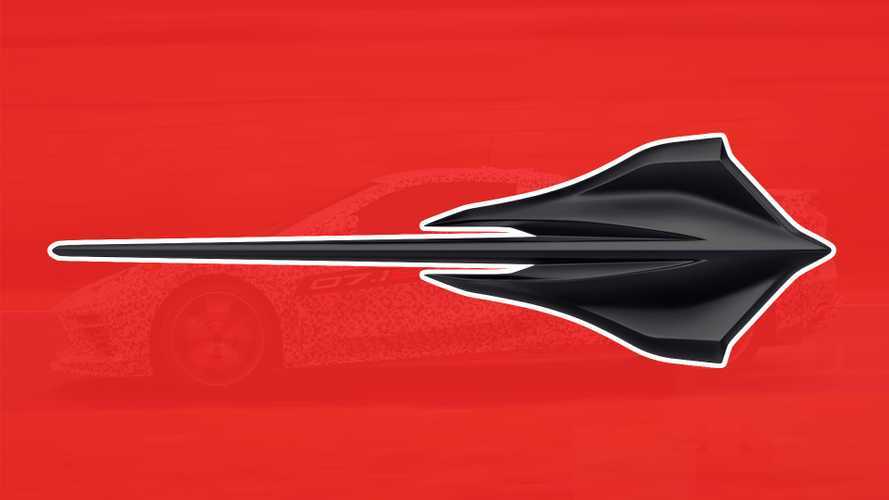 Chevrolet confirms, days ahead of the reveal.

Chevrolet announced that the Stingray name will stick around for the eighth-generation mid-engine Corvette. An image of the Stingray logo was added to the brand’s media site with the following caption:

While many assumed that the Stingray moniker would stay for the eighth-generation Corvette, the switch to the mid-engine layout made things unclear. Future, higher horsepower (and possibly hybrid) C8 models will likey retain the current naming scheme that includes Z06 and ZR1, although alternative names such as “Zora” have been tossed around as possibilities, as well.

While the Stingray currently serves as the C7 Corvette’s base trim, the name’s return remained in question due to Chevrolet’s decision to switch from a front to mid-engine layout for the next-generation sports car. Late last week, Chevy unveiled the C8 steering wheel, which closely resembled spy shots of the car’s interior from months before. Still unconfirmed is nearly all of the car’s technical specs, including engine choice, although prior reports suggest that the C8 will use a reworked version of GM’s LT1 push-rod V8, perhaps named the LT2. Horsepower is expected to be up from the current Stingray’s 460 ponies, with over 500 horsepower as a possibility.

The C8 Corvette’s unveiling will be live-streamed in its entirety, so you can watch the event for yourself, starting at 10:30 PM EST on Thursday, July 18th. Motor1.com will be on the ground for the reveal, so be sure to follow us on social media @motor1com on Instagram and Twitter for real-time updates.