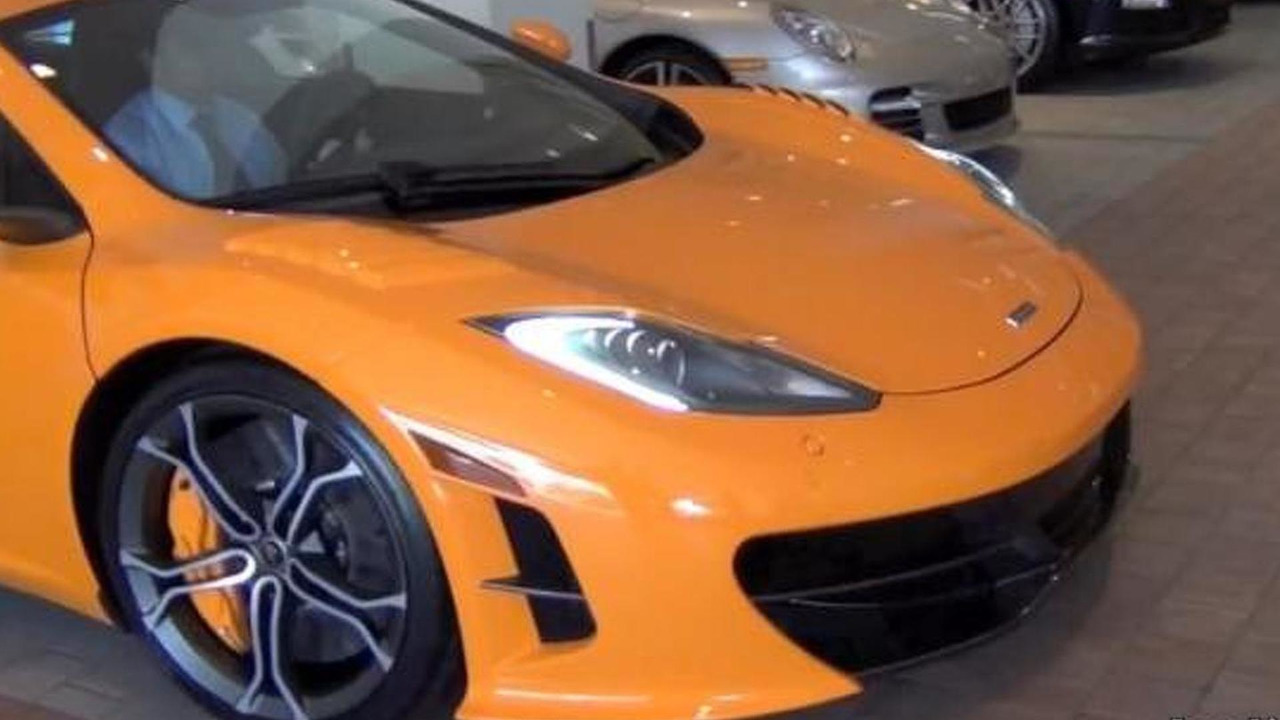 One of the five McLaren MP4-12C High Sport was filmed at Dimmitt Automotive Group.

One of the five McLaren MP4-12C High Sports was filmed at a showroom in Florida.

Unveiled about a year ago, the HS version of the MP4-12C was developed by McLaren Special Operations and only five cars were ever made. One of them wearing a striking paintjob was showcased by McLaren Tampa Bay in the Dimmitt Automotive Group showroom in Pinellas Park, Florida.

To refresh your memory, the McLaren MP4-12C HS comes with a revised front fascia which maximizes downforce and increases airflow to the turbo intercoolers, resulting in a higher boost pressure. Compared to the stock model, the output of the engine is increased by 75 hp (56 kW). The back of the car also looks slightly different, featuring an extended diffuser, a new bumper and a custom active rear wing.

Two of these special cars are owned by McLaren executive chairman Ron Dennis and the crown prince of Bahrain.