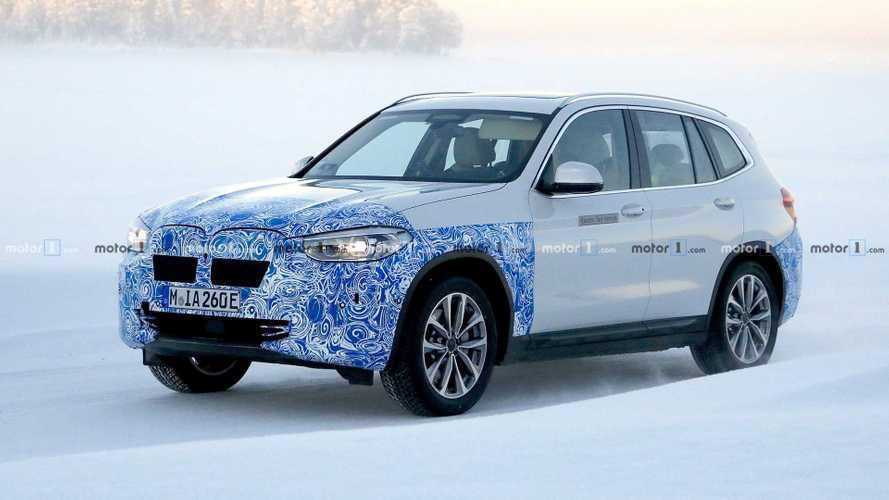 It will be manufactured in China and to be exported globally.

BMW hasn't been too secretive about the arrival of its newest artillery of electric vehicles. In fact, the Bavarian automaker has sent official spy photos of the iX3 – a concept that was introduced in 2018 but now confirmed for production next year – together with two other EVs i4 and iNext.

However, there's not much information about the iX3 out there. We're limited to the knowledge that it has a solid kidney grille and equipped with the fifth-generation BMW eDrive technology. It also boasts a range of over 249 miles (400 kilometers) and can access 150-kilowatt charging stations.

However, BMWBlog got a bit more information about the all-new electric crossover. According to its source, the iX3 is based on the G08 platform, which underpins the long-wheelbase X3. Even better, the iX3 will allegedly have a rear-wheel-drive configuration in the United States. BMWBlog also got the supposed moniker of the iX3 – sDrive75, with "75" representing the 75 kW capacity of its battery pack.

Apart from the rear-wheel-drive configuration, the U.S.-spec iX3 is rumored to have self-driving features but the extent or level wasn't disclosed. Another speculation is that the iX3's motors will produce around 300 horsepower (224 kiloWatts).

The 150-kW charging stations have been confirmed to have the ability to charge the iX3 up to 100 percent within 30 minutes only, so that's a huge plus for those who hate waiting. Production of the iX3 will be in China and will be exported globally from there, including the U.S.

If these rumors are to be believed, the expansion of BMW's EV portfolio is in full swing but it looks like it will fall short against segment rival like Tesla, which has already dominated the luxury EV arena in the country.