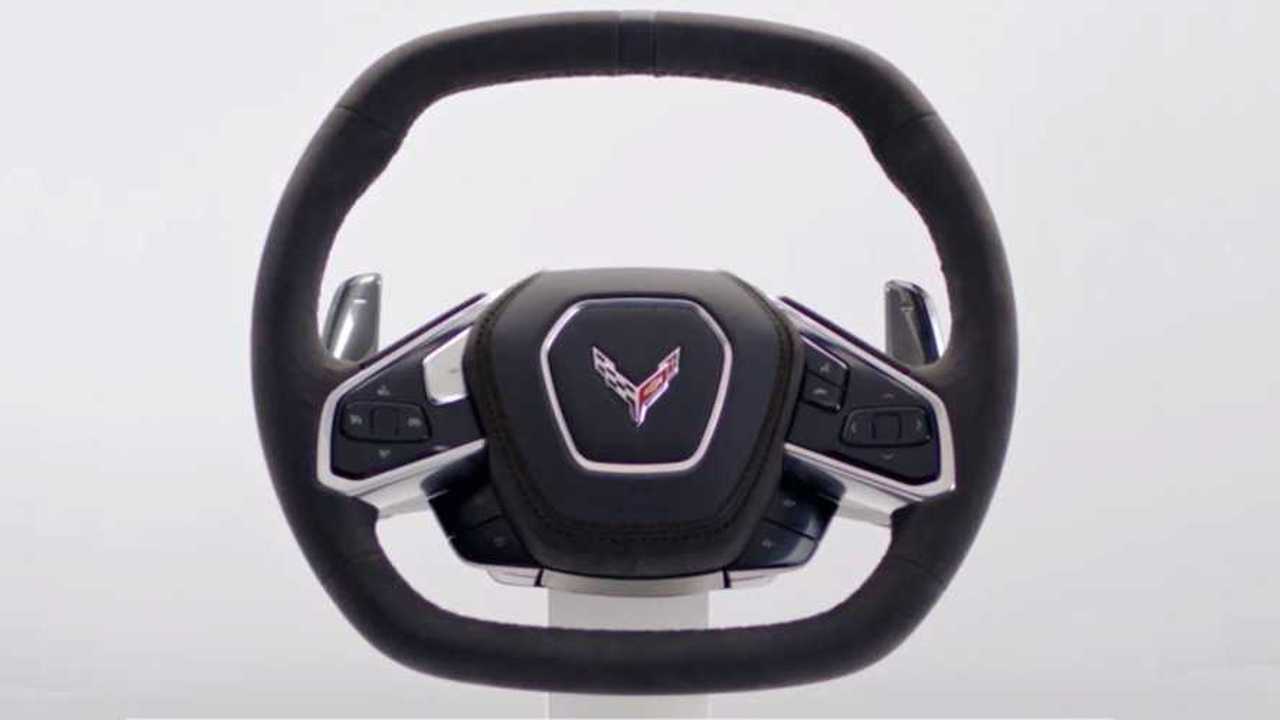 The mid-engine Corvette's burble sure sounds like a 6.2-liter V8.

Among the many (and we do mean many) C8 Corvette spy photos and fan renderings, we have just a few official teasers from Chevrolet. Aside from the videos that frankly didn’t reveal much, the automaker now offers something a bit more substantial for our eyes and ears. We aren’t sure exactly when this happened, but GM snuck an official photo of the mid-engined Corvette’s steering wheel into a photo collage on Chevrolet’s C8 website. There’s also an official sound clip of the C8’s exhaust that gives us clear, crisp aural experience. We’ll talk more about that in a bit.

First up is the steering wheel. We’ve had a taste of the steering wheel in a fan rendering from February, and it looks like that interpretation was pretty darned accurate. Compared to the C7, the new two-spoke wheel is squared off at the top. We can’t make out the specific functions for the buttons on the spokes, but we clearly see the silver paddle shifters for what should be a dual-clutch transmission.

As for the sound clip, we have it embedded above but you can also hear it at Chevrolet’s official C8 Corvette website. It’s certainly not the first time we’ve heard the deep tones of the mid-mounted V8, but the clip gives us a sample free of ambient noise and you know what? It sure does sound like the familiar 6.2-liter V8.

We can’t officially say that’s what will power the C8 when it launches next week, but reports and rumors definitely point in that direction. Horsepower could increase to around 500 versus 460 found in the current LT1-powered Corvette, and design changes for the mid-engine orientation could further lead to this mill being dubbed LT2.

Speaking of launch, in the very unlikely event you haven’t heard, the eighth-generation Corvette will be revealed to the world on July 18. That’s less than a week away as of this post, and Motor1.com will be there with fresh video, photos, and full information. You can also watch the reveal through a GM Livestream event. It should be quite an experience.