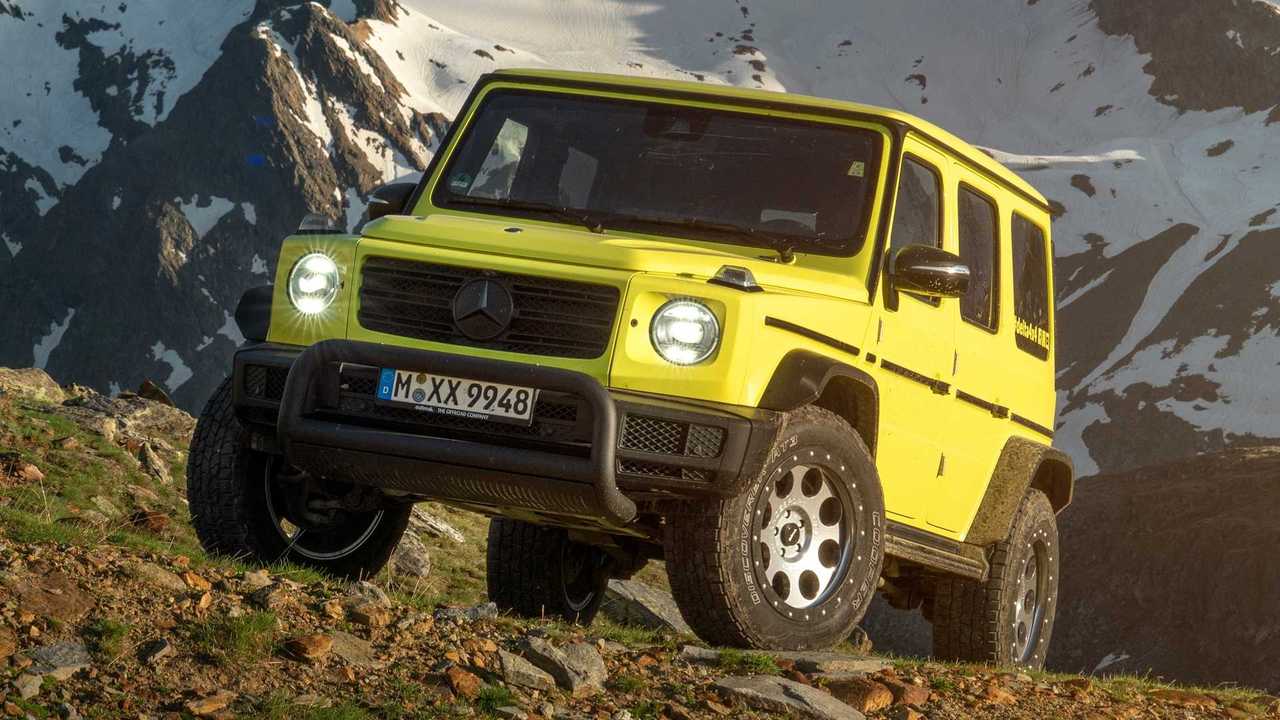 In this color, it's like the Jimny's bigger brother.

In many ways, the G-Class is one of Mercedes-Benz’ most important models in the company’s entire history. It’s an icon that keeps getting a lot of deserved attention from the manufacturer in the form of different special editions and customization options. The tuning companies and even kids love it, too. And just because we know you love it as well, we thought it’s a good idea to share this tuned G-Class in Suzuki Jimny-ish yellow color.

This G comes from the German tuning firm Delta4x4, which has a plethora of visual and off-road improvements for the rugged and boxy SUV. This particular example demonstrates some of the available upgrades, including a 30-mm body lift, extended wheel arches, and massive 23-inch off-road tires. There’s also an additional crash bar at the front, as well as distinctively-designed alloys on all four corners.

A quick check at Delta4x4’s site shows the company has a total of 12 available wheel packages and a number of other exterior upgrades not seen on this car, mostly focused on improving visibility and traction during off-road adventures. The tuners promise “this is just the beginning” and ask us to “stay tuned” so we will likely see more developments for the G-Class coming soon.

If the G is not your cup of tea, Delta4x4 also offers tuning packages for models like the Ford Ranger, Volkswagen Amarok, Renault Alaskan, Jeep Renegade, Isuzu D-Max, Dacia Duster, Suzuki Jimny, and Mercedes-Benz X-Class. You can call them even if you own a Tesla Model X and ask them for a set of off-road tires and a raised suspension.

Brabus Works Its Magic On The New Mercedes G-Class

Some of the most recent tuning projects based on the G-Class include Brabus’ 789-hp G63 and Jon Olsson’s heavily tuned Mercedes-Benz G500 4×4² with the latter being based on the previous generation of the model.