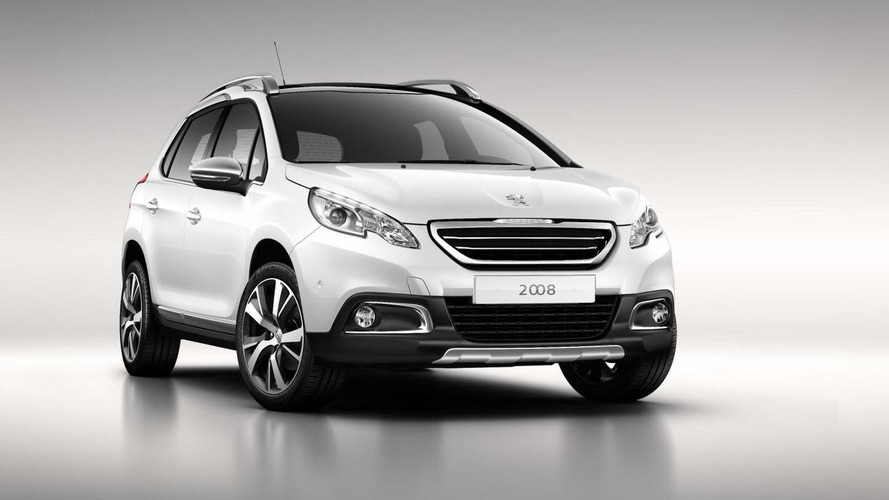 Peugeot has officially revealed the 2008 "urban crossover" which will get its public debut at Geneva Motor Show in March.

Peugeot has officially revealed the 2008 "urban crossover" which will get its public debut at Geneva Motor Show in March.

Set to tackle the Nissan Juke, Peugeot's new small crossover is based on the 208 supermini and measures 4160mm which makes it 25mm longer than the Juke. Design-wise, its styling is heavily influenced by the 208 especially if we look at the front grille and front/rear lights. In typical crossover fashion, the ride height and driving position are slightly raised, while a somewhat more rugged bodykit has been applied.

Riding on 17-inch alloy wheels, the 2013 Peugeot 2008 will be sold exclusively with a FWD layout but some sort of off-road capabilities will be available via a "Grip Control" traction system, the same one found in the larger 3008.

The engine lineup will be borrowed from the 208, along with a new 3-cylinder, 1.2-liter turbocharged gasoline unit. Peugeot will also offer more frugal 1.4- and 1.6-liter e-HDI diesels. The most economical version will have CO2 emissions of 99 g/km.

Full details will be available in March.