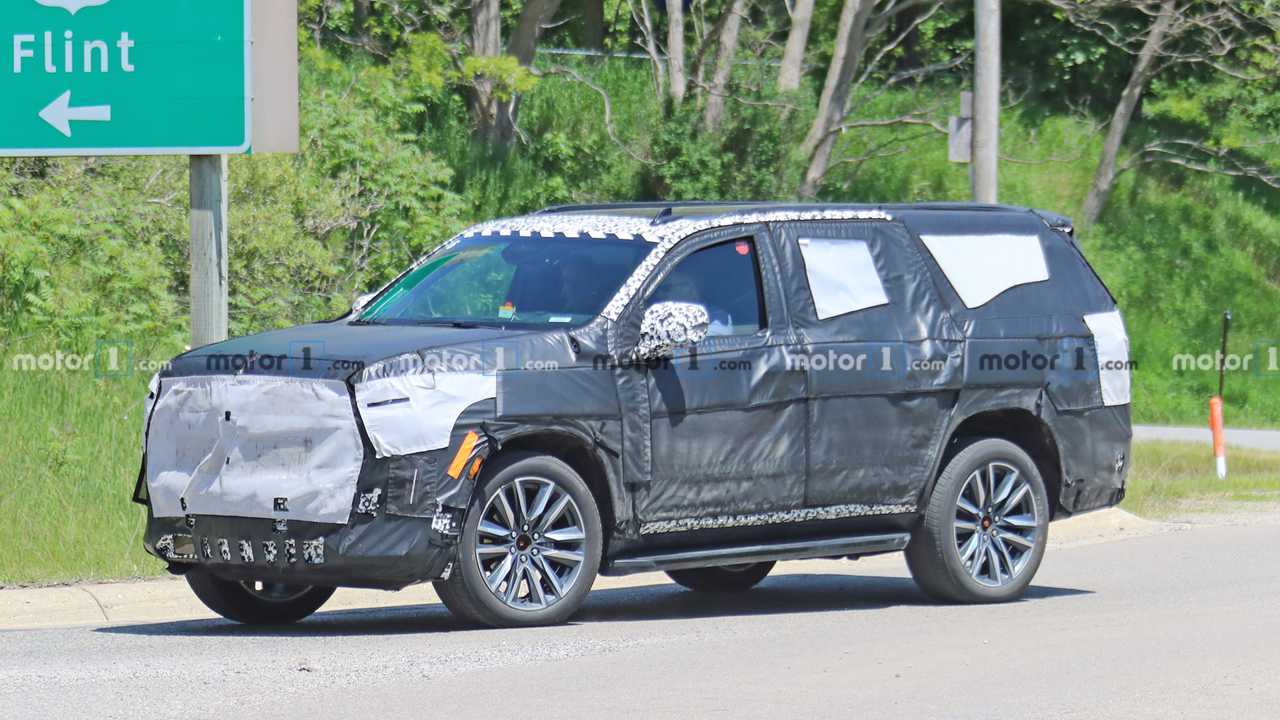 While Cadillac is poised to become GM’s lead in electrification, big, burly gas-powered powertrains aren’t bowing out just yet. A new report from Muscle Cars and Trucks citing multiple sources says the next-generation Cadillac Escalade — we’ve spotted test mules — could be much more potent than the current offering.

Here's What To Expect For The Next-Gen Escalade:

Next-Generation Cadillac Escalade Coming In 2020 As 2021MY

According to the publication, those sources have confirmed Cadillac is developing a potent next-gen Escalade that could sport GM’s supercharged 6.2-liter LT4 V8 engine. That’s the same engine powering the Chevy Camaro ZL1 and Chevy Corvette Z06 – both performance powerhouses. The mill makes 650 horsepower (484 kilowatts) and 650 pound-feet (881 Newton-meters) of torque, which is a significant bump over the 420-hp (313-kW) V8 powering the current-generation SUV.

The move is a direct shot across the bow of Lincoln and the Navigator, which the automaker redesigned from the ground up for the 2018 model year. While the Escalade continues to outsell the Navigator, Lincoln did see a considerable spike in sales with the all-new, fourth-generation Navigator, selling 17,839 in 2018 compared to 10,523 in 2017.

What’s most interesting about the report is how long Cadillac has been developing the more potent Escalade. According to the publication, the program began under former Cadillac president Johan de Nysschen with rumors suggesting it could reach production during the lifecycle of the current-generation Escalade. Now, though, that seems unlikely. Also, the Escalade program survived GM’s restructuring plans that has allegedly shelved the sixth-generation Camaro Z/28 program.

Spy photos have caught the next-generation Escalade testing with thick camouflage covering the vehicle. We know it’ll ride on GM’s T1XX body-on-frame platform. There are rumors it could receive Cadillac’s 4.2-liter Blackwing twin-turbo V8. The new Escalade, expected in 2020 as a 2021 model year vehicle, will join the Chevy Tahoe/Suburban and GMC Yukon and GMC Yukon XL as new models together. Sources also say the Escalade will receive Cadillac’s Super Cruise technology, but it won’t be available at launch, much like the rumored ZL1-powered Cadillac Escalade.