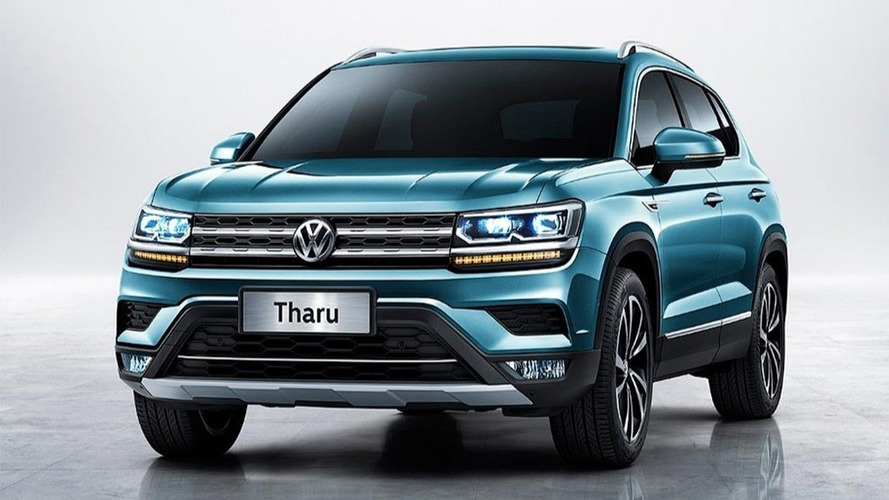 It should slot below the Tiguan.

Yesterday, Volkswagen pulled the plug of the Beetle – the very last example (at least for now) of the legendary model rolled off the assembly lines at the company’s Puebla factory in Mexico. The German automaker will be replacing the retro-styled, two-door hatchback with a new brand new SUV for the American market, according to a new report by Automotive News.

The publication quotes VW of Mexico CEO, Steffen Reiche, who confirmed a version of Volkswagen’s Tarek crossover will be produced at the plant starting in 2020 with sales in the United States scheduled to begin by the end of 2021. The model in question is closely related to the VW Tharu, sold exclusively in China.

“We’ll adapt the Chinese model for this market,” Reiche said during a ceremony marking the end of production of the VW Beetle at the Puebla plant. “Our version will be the stronger one, the rougher one compared to the Chinese one.” The Tarek (name not confirmed for the U.S.) will be positioned below the Tiguan.

The Future At VW's Puebla Plant:

Volkswagen Tarek Announced To Slot Below Tiguan In the U.S.

Here It Is: The Last Beetle That Volkswagen Will Ever Make

At this point, it’s not clear whether the American variant of that vehicle will share the same powertrain portfolio but we expect at least the 2.0-liter motor to be available stateside. Also, it remains unclear whether Volkswagen will give its new crossover offering all-wheel drive or it will remain an FWD-only vehicle. More details are expected later this year.