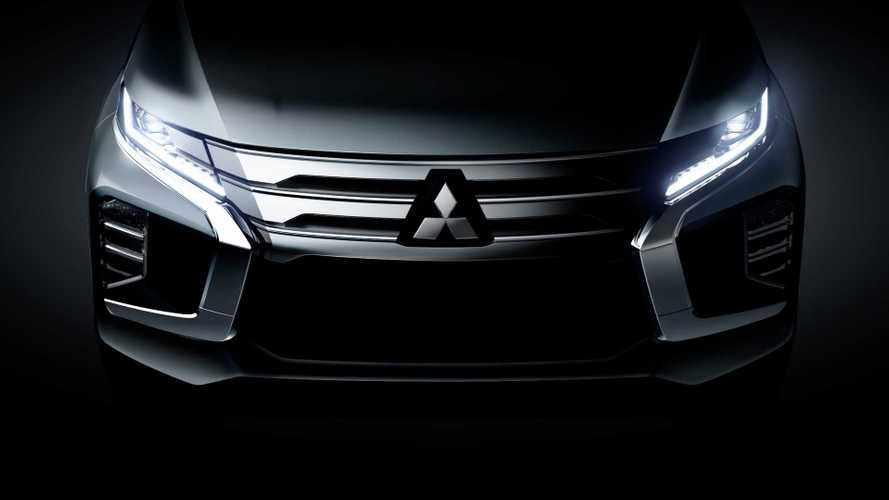 Could reach the Euro market but nothing is confirmed yet.

In the first days of 2019, we spied a refreshed version of Mitsubishi’s Pajero Sport SUV. Work on the facelifted model is almost done as the Japanese manufacturer has announced it will reveal a heavily updated Pajero Sport in Thailand on July 25. The automaker promises “further improvements to its design, convenience, comfort, and quality.”

The spy photos from January hinted at major visual improvements at the front where a set of driving lamps will be positioned below the main bulbs, similar to what we know from the Eclipse Cross crossover. Minor tweaks to the grille are also in the cards and the first teaser image also hints at some modifications to the bumper design – including C-shaped chrome trim forming a bolder overall appearance.

While there’s no photo of the rear fascia for now, we expect the rugged SUV to get a pair of redesigned taillights and probably minor revisions to the rear bumper. That’s all we can tell about the tweaked appearance so far and the interior changes are reportedly going to be insignificant. As far as powertrains are concerned, look for an updated version of the marque’s 2.4-liter turbodiesel.

“As befits a model bearing the name, it has venerable off-road performance, durability, reliability, and safety, while providing stylish design as well as comfort,” Mitsubishi explains.

Older reports suggested the Pajero Sport could return to the European market when the facelifted model is launched. There’s no confirmation yet but it is expected the SUV to reach beyond the Far East and Australian regions, most likely sometime in 2020. We’ll probably know more about Mitsubishi’s plans when the 2020 model is shown in full later this month so stay tuned for more information.

++Share
Hide press releaseShow press release
Tokyo, July 10, 2019 – MITSUBISHI MOTORS CORPORATION (MMC) will unveil the new PAJERO SPORT in Thailand on July 25th.
The current generation of PAJERO SPORT debuted in 2015 with the concept - Stylish & Comfortable OFFROAD SUV. As befits a model bearing the name, it has venerable off-road performance, durability, reliability and safety, while providing stylish design as well as comfort.
With further improvements to its design, convenience, comfort, and quality, MMC will unveil this new model soon.