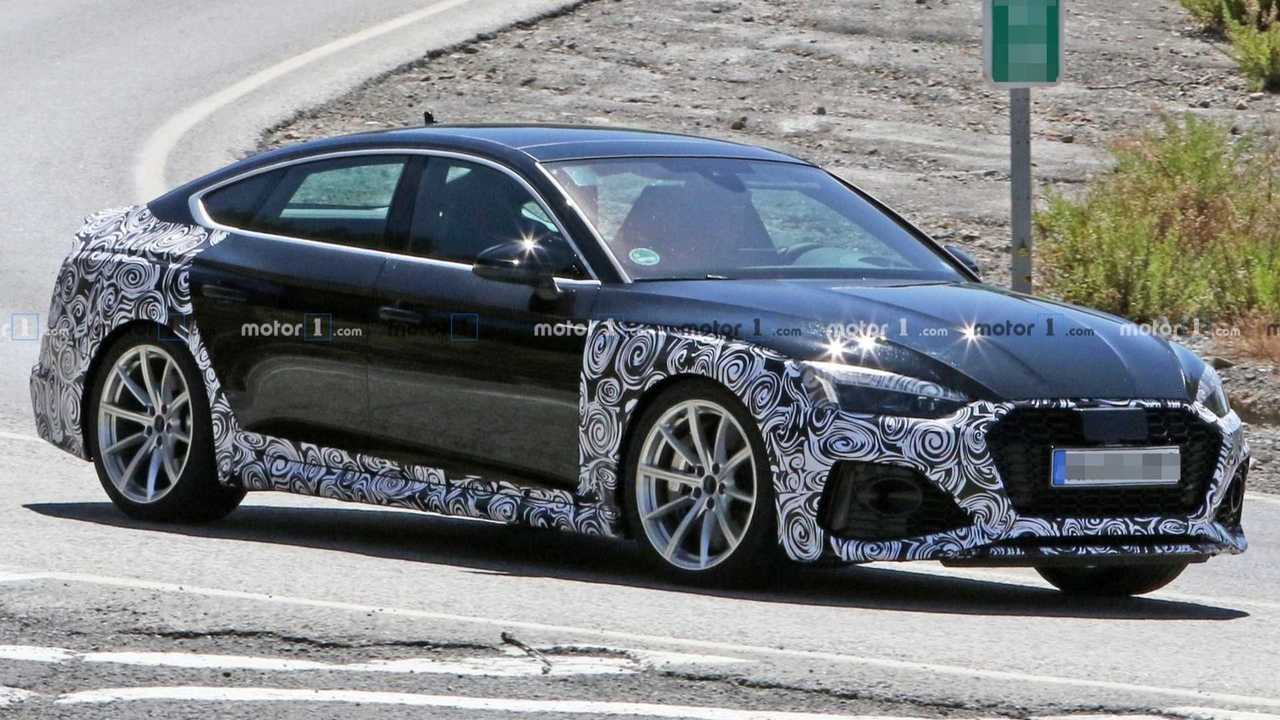 The camo is pretty much useless.

Wait, didn’t Audi introduce the RS5 Sportback a little over a year ago? Yes it did, but with the A4 and S4 models getting a nip and tuck for the 2020 model year and the updated RS4 likely around the corner, the Ingolstadt-based marque wants consistency in its lineup by updating the A5 family as well. That explains why our spies caught an A5 Sportback at the end of last month, and now they’ve sent us a fresh batch depicting the RS5 Sportback seen during hot-weather testing.

Having seen the changes the A4 and S4 models have gone through, it’s easy to imagine what is hiding underneath that black and white swirly camouflage. We can already check out most of the headlight and taillight designs, while those fat oval exhaust tips are an obvious sign this is the cream of the crop. Some minor tweaks to the front and rear bumpers are expected, but nothing to write home about.

Inside, the tablet-like MMI infotainment system will soldier on around considering the facelifted A4 and S4 still have the display sticking out from the dashboard. As a matter of fact, we can clearly see the prototype had the screen protruding from the center console – a trend we’re hoping will die soon. The 10.1-inch touchscreen will get the latest software, while the rotary/push button control will make way for a storage area.

While the S4 models have received a controversial diesel engine in Europe, we’re not expecting this to be the case with the RS4 and RS5 as the two will likely rely on the same twin-turbo 2.9-liter V6.

As to when we’ll get to see it, logic tells us the facelifted RS4 Avant and A5/S5 Sportback will be out first, so the RS5 Sportback won’t be introduced in the near future.