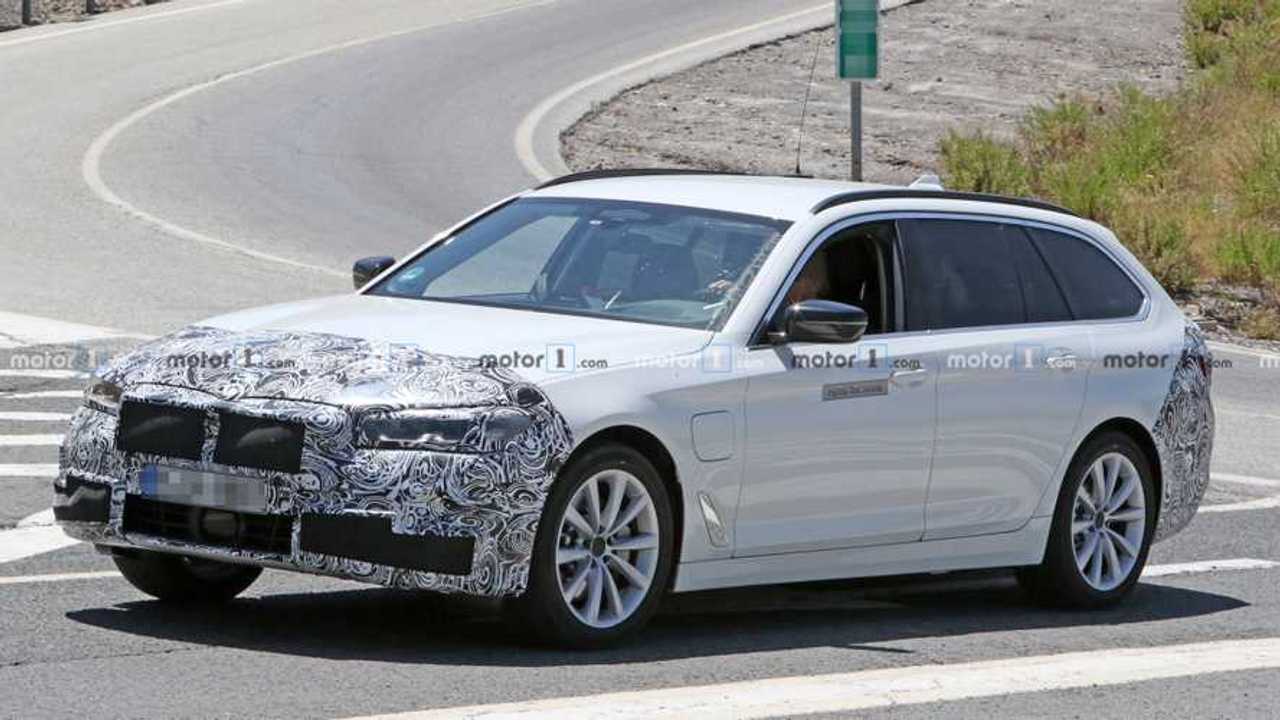 How big will the kidney beans grow?

It’s hard to believe the current-generation BMW 5 Series, the G30, is preparing for its third birthday as spy photos reveal the German automaker is already working on its mid-cycle refresh. Spy photos for the first time show a BMW 5 Series Touring plug-in hybrid testing out in the wild with the front and rear fascias heavily disguised.

The camouflage likely hides a revised front end, including, quite possibly, a larger kidney-bean grille as such a move has been BMW’s modus operandi as of late. There's no word on whether it will light up like on the new X6. Other features hidden underneath the camouflage include a re-designed front bumper and new headlights. At the back, changes will likely be less drastic. Expect a revised rear bumper design and new taillights. Yes, the changes are minor, but this is a mid-cycle refresh and not a new generation.

While spy photographers caught the wagon version out testing, the updates will proliferate across the BMW 5 Series lineup. Other new features with the update include the 545e xDrive model, which will use the same powertrain from the 745e. However, it will likely be detuned to produce 375 horsepower (279 kilowatts) as opposed to the 389 hp (290 kW) produced in the 745e. Inside, updates will likely be minor; however, customers should expect an infotainment upgrade and other smaller aesthetic updates.

It feels almost too soon to see BMW preparing to refresh the 5 Series; however, a reveal is likely over a year away. It could be late 2020 or early 2021 before we see the updated model, and by then the current 5 Series could feel a bit stale in the design department. The 5 Series will likely borrow cues from some of BMW’s newest offerings such as the 2020 BMW X6 and 2020 BMW M8. Expect BMW to upgrade powertrains and the legendary M5, too.