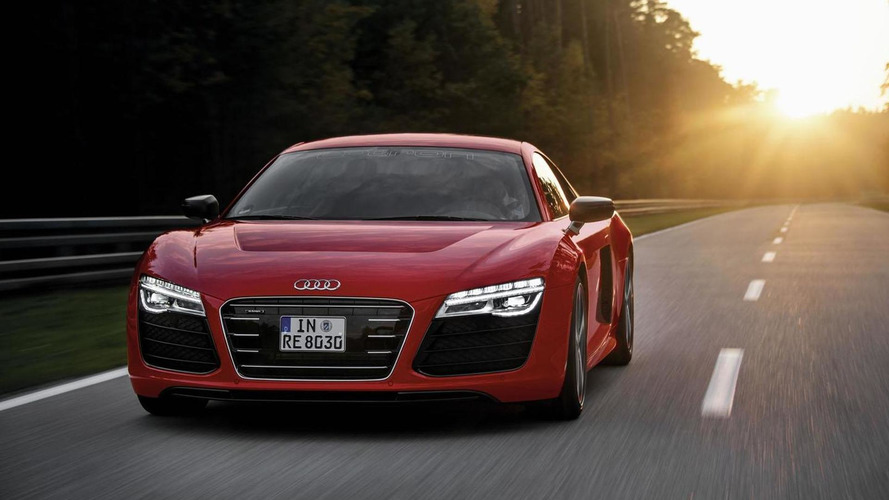 The Audi R8 e-tron has been in limbo ever since the company halted development back in October, but that hasn't stopped the brand from releasing new details about the model.

The Audi R8 e-tron has been in limbo ever since the company halted development back in October, but that hasn't stopped the brand from releasing new details about the model.

In the latest issue of Encounter magazine, Audi describes the car as a "hi-tech laboratory on wheels" which will help to shape the company's "future series-production projects." Audi avoids discussing why the car missed its planned 2012 launch, but they did confirm it only shares nine exterior body parts - including the doors, mirror housings and windshield crossmember - with the standard production model. As such, the R8 e-tron has a number of bespoke components including carbon fiber reinforced plastic body panels, unique LED taillights and distinctive side blades with illuminated "e-tron" badging . Furthermore, the standard R8 has a drag coefficient of 0.35 while the R8 e-tron only registers 0.27 which extends its range by approximately 40 km (25 miles).

Inside, there's a reworked cockpit with new instrumentation, a revised center console and a bespoke gear knob. We can also see leather seats, carbon fiber trim, a digital rearview mirror and an MMI infotainment system with a seven-inch display.

When the battery is depleted, it can be fully recharged in approximately 12 hours with a 230V outlet. If that's too long, a "high-performance DC charging device" can replenish the batteries in less than an hour.

To help offset the model's 577 kg (1,272 lbs) battery pack, the car has been equipped with a number of lightweight components including glass-fiber reinforced polymer springs, titanium wheel hubs and a CFRP/aluminum anti-roll bar.

While it's promising that Audi is still excited about the car, the fact that they refer to it as a "technology showcase" likely means it won't be headed into production as originally planned.