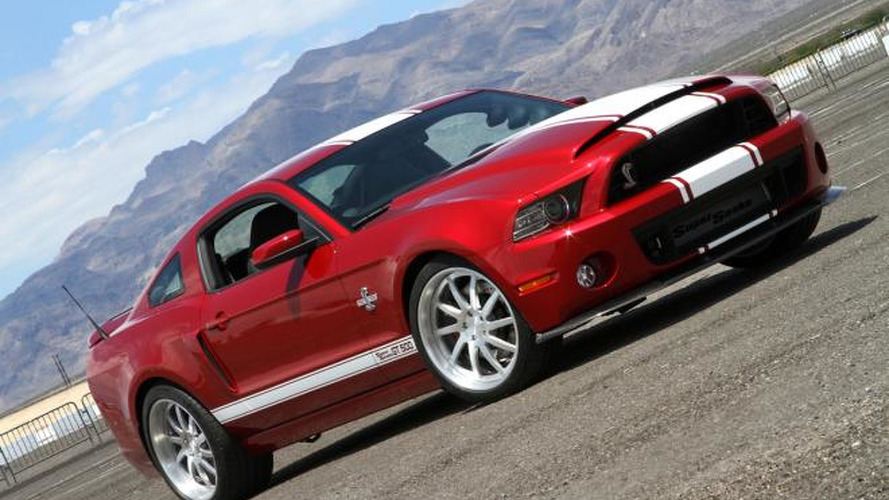 The first car will be a 2013 Super Snake which features a wide body kit that will enable owners to install rear tires that are up to 355 wide.

The second model is still shrouded in secrecy but Shelby's vice president of operations, Gary Patterson, quoted the late Carroll Shelby who said “I think you're going to see the industry going completely to small engines with turbochargers. That's the only way you can get the mileage that the government is going to be demanding.”

In related news, the company will also offer a wide body kit for 2005 to 2009 Ford Mustangs.