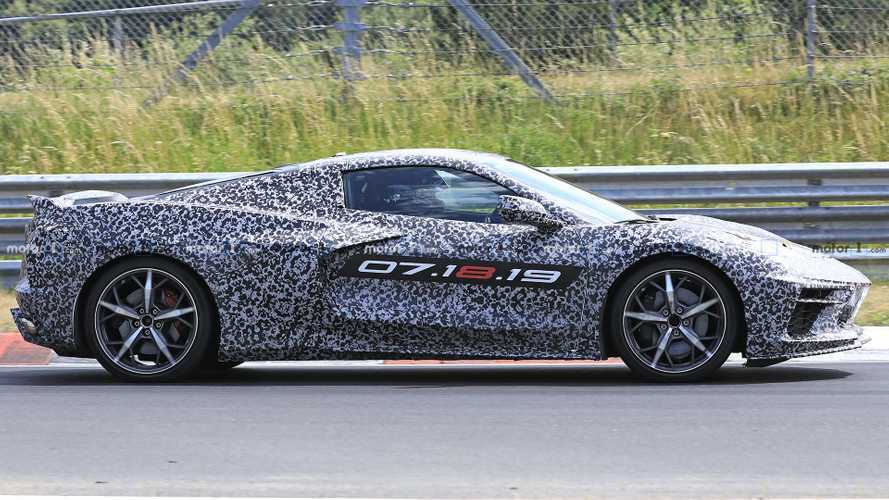 Later versions of the Blackwing could go into the 'Vette, though.

There are have been plenty of rumors about the mid-engined Chevrolet Corvette C8 possibly getting a version of the Cadillac Blackwing twin-turbo 4.2-liter V8. However, General Motors allegedly hasn't yet even attempted to slot the Caddy-sourced mill into the new 'Vette, according to Muscle Cars & Trucks.

"We can do anything with enough time and money, but we’re not sure we want to do (that) because it’s Cadillac exclusive," said GM President Mark Reuss told Muscle Cars & Trucks.

Check Out These Corvette Leaks Ahead Of The Debut:

Don't lose hope, though. While the Corvette might not use the same version of the Blackwing as Cadillac offers, future iterations of this engine family are reportedly under development for the 'Vette. This way, the Blackwing can technically remain a Cadillac-exclusive powerplant while other iterations of the mill are still open for other General Motors' divisions to use.

The Blackwing V8 makes its debut in the Cadillac CT6-V where the powerplant produces 550 horsepower (410 kilowatts) and 627 pound-feet (850 Newton-meters). After a limited initial run, Caddy is now making more of the CT6-V.

The C8 Corvette will make its much-anticipated debut on July 18 at an event in Tustin, California. Rather the twin-turbo mill, it'll likely arrive with an updated version of the existing 6.2-liter V8 that will potentially top the existing version's 460 horsepower (343 kilowatts). So far, there are only reports of a dual-clutch gearbox being available.

The current timeline suggests the C8 would begin production later in 2019. The first of them would arrive in showrooms in 2020.

Don't worry about not having an opportunity to see the C8 before they hit the road because Chevrolet has two national dealerships tours covering the country in the months after the debut. The exhibits include some of the 'Vette's available accessories, so attendees can start planning how they want to customize the car.