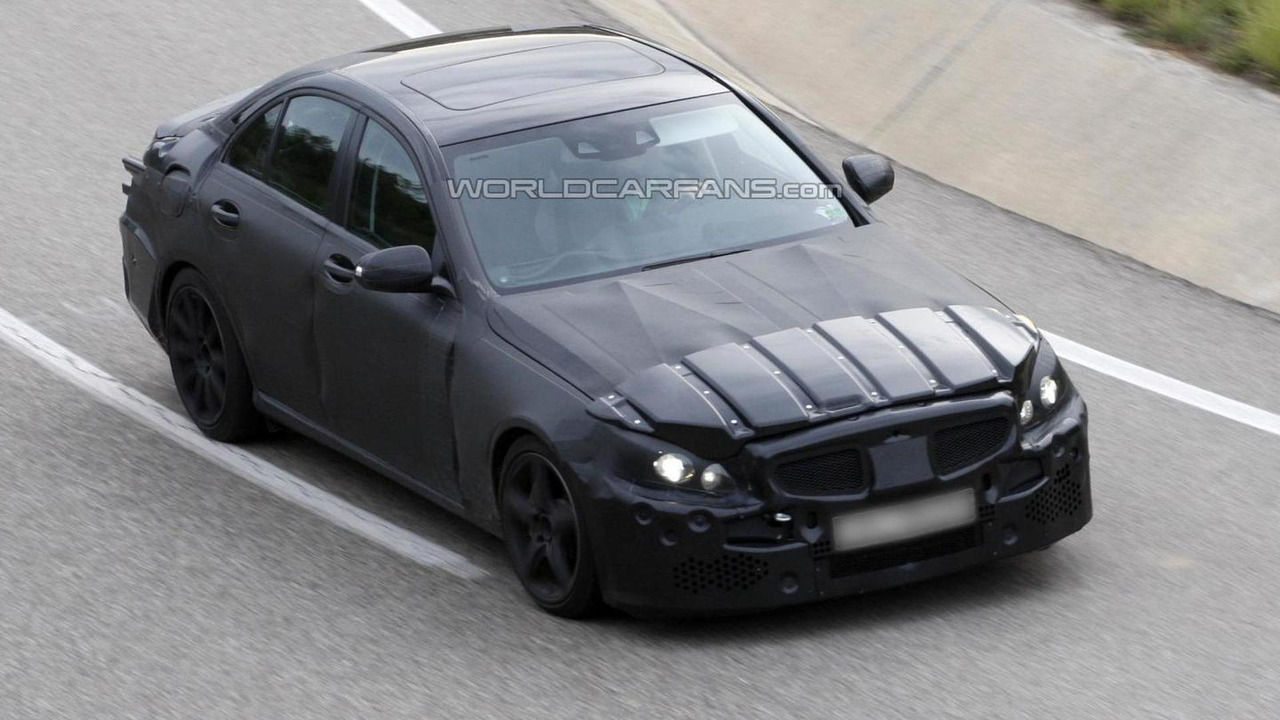 The 2014 Mercedes-Benz C-Class (W205) will be entirely new compared to the current model.

The 2014 Mercedes-Benz C-Class (W205) will be entirely new compared to current model.

Scheduled to be unveiled in March next year at the Geneva Motor Show, the sedan and estate versions of the next-gen C-Class will be followed by a more individually-styled coupe and an entirely new cabrio which will get a fabric roof. All four models will receive the AMG treatment with a new twin-turbo V8 4.0- or 5.5-liter engine.

The new C-Class will be 4700mm long (+100mm) and about 80mm of that extra length will be in the wheelbase which will grow to 2820mm. In addition, the car's width will rise to approximately 1810mm. The sedan will offer a boot space of 485 liters and significantly more interior room.

It will be the first model from Mercedes-Benz to ride on the new MRA platform which could allow the entry-level C160 to weigh less than 1,380 kg (3,042 lbs). The MacPherson strut suspension will be replaced by a double wishbone layout at the front, while the back will retain a multi-link configuration but will be significantly updated.

These engines will be connected to a 6-speed manual or an updated 7-speed automatic transmission, depending on engine choice. In 2017 when the facelift will be out, the C-Class could get a 9-speed automatic gearbox. A plug-in gasoline-electric hybrid version is planned for 2015. It should be able to run on electric mode for up to 18 miles (29 km).

More details are available in the source link below.