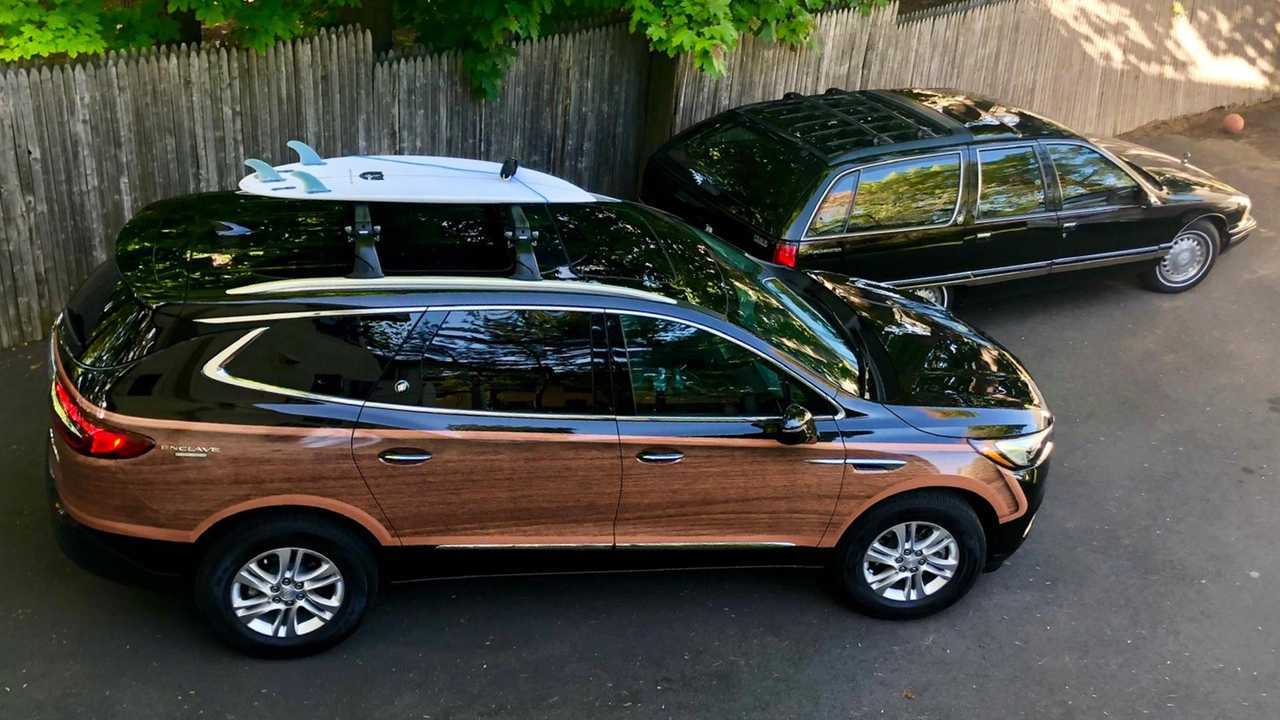 Do you think anyone would buy this look straight from the factory?

If you watch the Connecticut-based CBS affiliate WFSB you might recognize Dennis House as an Eyewitness News anchor and moderator of Face the State, but you can also easily spot him on the road behind the wheel of a Buick Enclave with a custom body wrap that makes the modern crossover look like an old-school, wood-paneled station wagon.

House acquired his current faux-wood-wrapped Enclave in April, but it wasn't his first. On his blog, House shows images of his earlier 2013 Enclave where he used wood-patterned contact paper to give his crossover this vintage look temporarily.

"It does get tons of attention. Just today a 20 something went nuts over it and asked if he could photograph it," House told Motor1.com.

More Woodys To Check Out:

$35,000 Buys You A Commercial Van Turned Into Woody Camper

This Mercedes Sprinter Camper Is Not Your Typical Woody

In addition to the obvious woodgrain wrap, House's Enclave has another special touch. Look below the rear fender badge to spot the "Estate Wagon" from a Buick Roadmaster. It's a clever detail that adds one more element to the crossover's vintage-inspired aesthetic.

In a 2017 blog post, House writes that he thinks it's time for wood-paneled trim to make a return – at least as an option. "The first automaker to bring back a woody will get a wagon full of media attention that could have people across the country saying 'want.' The second to do it will look like a copycat."

The popularity of the wood-paneled look dwindled in the 1980s as the cultural aesthetic began looking more towards the future than having nostalgia for the past. Today, things have reversed again, and people have started looking back fondly on their perceived "good old days." We can imagine at least a few modern buyers preferring this old-school, more natural look over the gray palette that's so common for new vehicles.