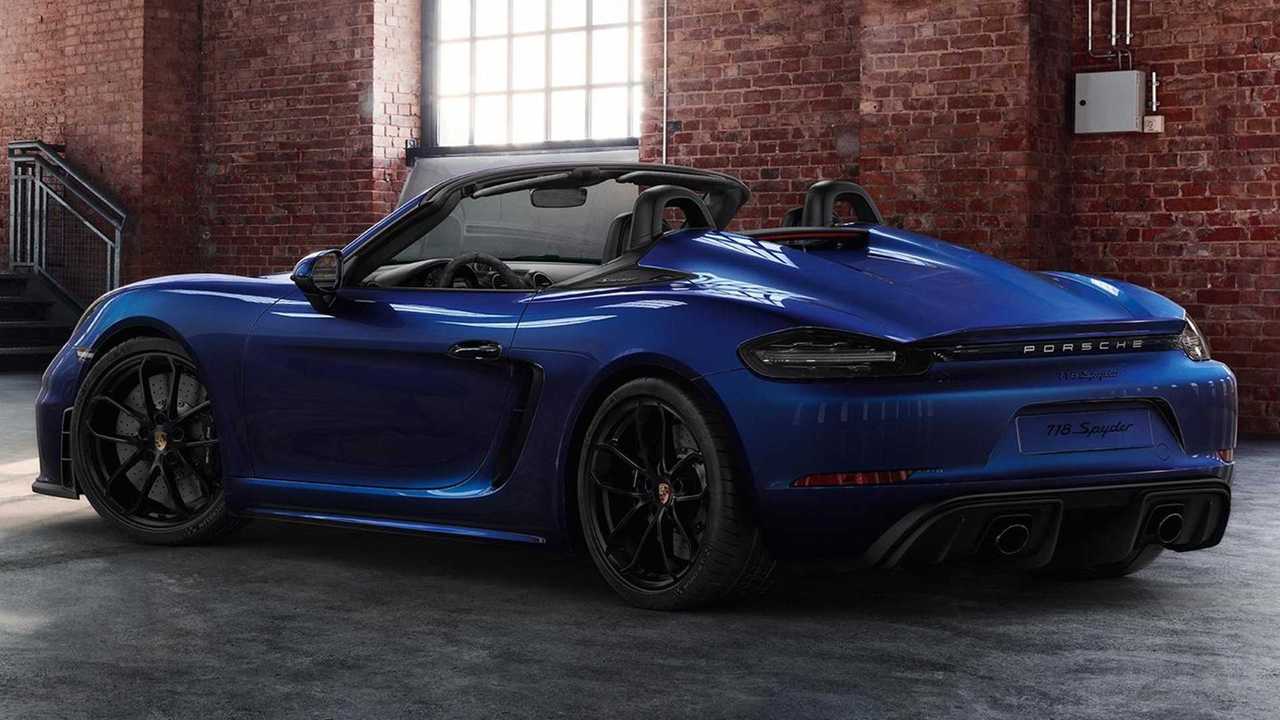 The dark trim and blue body look great together.

The Porsche 718 Boxster Spyder is the new range-topping model in the roadster's model lineup. Being the current king of its range might make you think that there's not much left to do for further customizing the droptop, but Porsche Exclusive Manufaktur now proves that notion wrong by showing off its tweaked take on the new convertible.

The wheels are the most visually interesting change on the outside. They are a version of the usual dual five-spoke design but in matte black rather than the usual metallic finish.

This Spyder Has Fangs:

The interior is largely the same as the standard 718 Boxster Spyder, but the company offers an attractive leather key holder.

The 718 Boxster Spyder starts at $97,550 after the $1,250 destination charge. Porsche Exclusive doesn't mention the prices for these components, but given the norm for the automaker's accessories, we would expect these parts to push the figure into the six-figure territory.