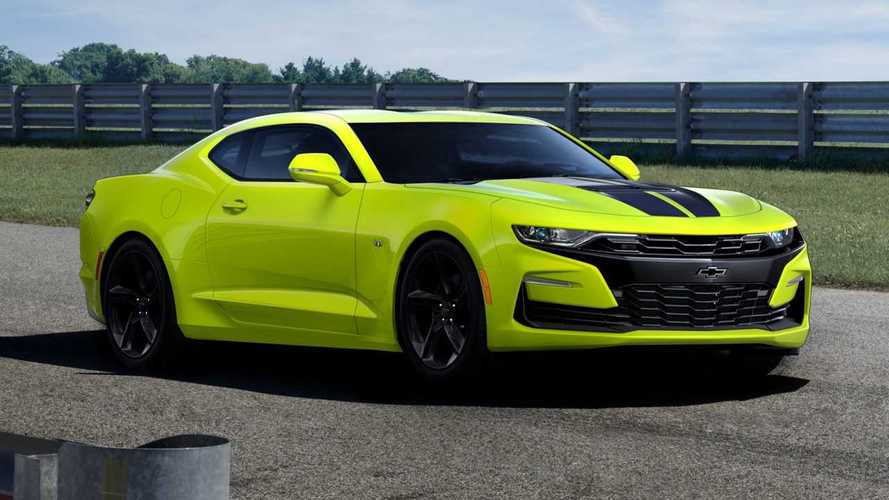 Production limited to only 50 cars.

Stricter emissions regulations are forcing Chevy to kick out the Camaro (and Corvette) from Europe at the end of August since the 6.2-liter V8 engine has not been certified to meet the stricter WLTP laws coming into effect on September 1. Over in Russia where it will soldier on since WLTP doesn't apply there, the Camaro is available with a smaller four-cylinder engine and it has now come to our attention there are two new special editions.

Known as the Shock and Black Editions, these models are strictly limited to 30 and 20 cars, respectively. As the name implies, the former is essentially all about that flashy green/yellow hue first revealed in November 2018 at SEMA. To spruce things up furthermore, Chevy is throwing in a pair of black decorative stripes on the hood and roof, along with 20-inch black wheels and the compulsory badging. There’s not much going on inside, but the seats do have black leather upholstery, so there's that.

As far as the Black Edition is concerned, the sinister Camaro has red decorative stripes and rides on 20-inch wheels finished in black. Special badging, black leather, and red interior accents round off the changes. Like the Shock Edition, it comes with an updated infotainment system boasting more features than before,

The Russian version of the Camaro is getting a nip and tuck for the 2019 model year, much like the U.S.-spec model did, and then again for 2020MY. While the base Camaro is offered in the United States with 275 horsepower, the Russian version has to make do with only 238 hp. Torque is the same, at 295 pound-feet (400 Newton-meters).

Camaro's Future Is Up In The Air: