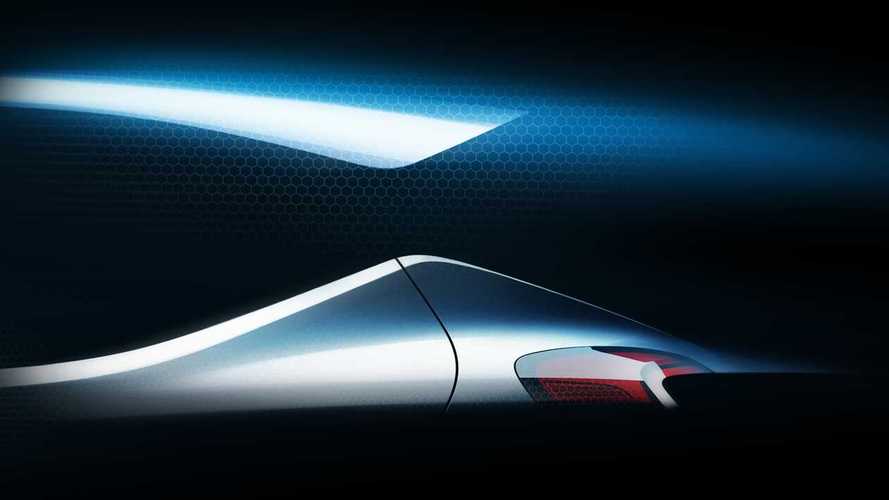 Whatever this is, we'll see it in September.

It’s only the beginning of July, but Hyundai is eager to kick off the teaser campaign for a new model it will introduce in September at the 2019 Frankfurt Motor Show. Without revealing any actual info about the car, the South Korean marque mentions the mysterious model will “go big” by providing best-in-class safety and connectivity features.

Accompanying the brief press release is the adjacent teaser image giving us a vague idea of what to expect from the model. Set to be included in Hyundai’s European lineup, the car in question is either a hatchback or a crossover with what appears to be a “floating” roof thanks to the blacked-out rear pillar. We could be wrong, but it doesn’t look big (despite what the press release says) judging by what we believe is a short rear considering those sweptback taillights are pretty close to the door cutout.

Assuming this is a small car indeed, what could it be? Well, one could speculate Hyundai plans to offer a small crossover to join the funky Kona. Perhaps it will have a more conventional design in the same vein as the Venue that we know is not coming to Europe.

Does the automotive world really need yet another crossover? You and I will probably say “no,” but most automakers will argue that one more won’t hurt anyone. They have the numbers to back up this decision since the demand for high-riding models of all sizes continues to grow and reach unprecedented levels.

Whatever Hyundai is teasing, we’ll get to learn more in the weeks to come. An online reveal could actually take place prior to IAA, so don’t be too surprised if we’ll see it in full next month. From the very little info disclosed in the press release, chances are we’re dealing with a production model rather than a concept.

9 July 2019 - Hyundai Motor will soon unveil the latest all-new model in its European line-up, giving a first indication of its looks with a teaser image.

The company will invite customers to “go big” with the newcomer, offering new exterior and interior design, as well as new connectivity and safety features which will make it a leader in its class.

The new model is set for its world premiere at the 2019 Frankfurt Motor Show (IAA) in September. More information will be released in the coming weeks.