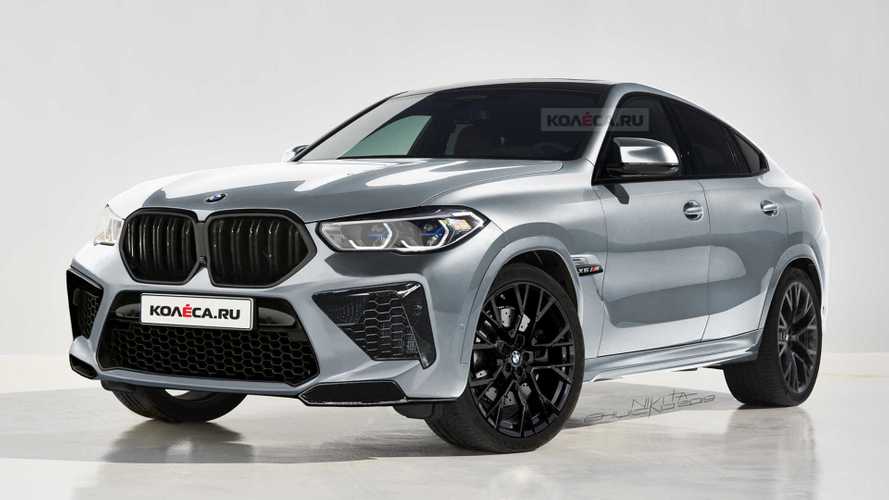 A twin-turbo V8 plus an illuminated grille.

The all-new 2020 BMW X6 was unveiled a few days ago and already got mixed reactions, especially when it comes to its illuminated grille. That’s not something we are going to discuss here but if you want to read and watch more about the SUV’s design, this is the place to be. Instead, we’ll talk about the future flagship X6 M variant now.

Our friends from Kolesa.ru are riding the wave again with a new rendering, depicting a possible and very predictable design for the X6 M. It’s not something spectacular but it deserves our attention for a few reasons – it will sell like hotcakes and it will probably be a blast to drive.

Let’s take a look at the design. The overall shape and side profile remain unchanged but larger air intakes and a more aggressive fascia give the coupe-SUV a drastically meaner appearance. Additional side skirts and a massive diffuser with integrated quad exhaust system hint about the performance potential of the range-topping X6.

Speaking of performance, expect to find BMW’s familiar 4.4-liter twin-turbo V8 under the hood of the X6 M. It will send 600 horsepower (447 kilowatts) in standard spec and 617 hp (460 kW) in Competition spec to all four-wheels through the company’s xDrive system.

All You Need To Know About The New X6:

The high levels of power will be combined with significant suspension tweaks which should make the SUV relatively capable even on track, considering its size and weight. Also, bigger brakes and more direct steering setup will provide a proper sports car feel behind the wheel.

Given the recent debut of the standard X6, we expect to see the new X6 M, probably together with the X5 M, at some point next year. More likely, the performance duo will debut in the second half of 2020.