SRO Motorsports Group’s GT2 class won't be inaugurated until next year, but Audi Sport is already revealing its fighter.

Audi Sport has lived up to its recent promise about introducing a new flavor of its flagship sports car by launching the new LMS GT2. Restricted to the circuit, the R8 LMS GT2 joins the company's lineup of race cars such as the R8 LMS GT3 and R8 LMS GT4, but also the RS3 LMS. Based on the facelifted version of the road-going supercar, the track beast adopts a mighty aggressive body highlighted by the massive wing and the roof scoop.

Set to compete in next year’s inaugural GT2 class of the Stéphane Ratel Organisation (SRO), the R8 LMS GT2 uses the highest specification of the naturally aspirated 5.2-liter unit. While in the street-legal R8 V10 Performance the glorious ten-cylinder has been dialed to 612 horsepower (456 kilowatts) for the supercar’s mid-cycle update, Audi has now taken the V10 to a new level by unlocking 630 hp (470 kW).

It’s not only more powerful than the road-legal variant, but it also weighs significantly less thanks to the stripped-out interior and the extensive use of carbon fiber. As a consequence, the R8 LMS GT2 has a dry weight of just 1,350 kilograms (2,976 pounds). That makes it about 100 kg (220 lbs) lighter than the aforementioned GT4-spec variant model. The extra power and diet have enabled an impressive weight-to-power ratio of 2.1 kg / hp.

Interestingly, Audi Sport says the race car’s chassis geometry has more in common with that of the R8 Spyder rather than the coupe. It’s the same story with the door cutout, but the extruded profiles in the roof section have been adapted from the coupe. There are numerous aerodynamic tweaks to make the LMS GT2 racer as sleek as possible, including new CFRP underfloor sections, a redesigned front splitter, and a different rear diffuser tailored to GT4 racing.

Audi Sport is already accepting orders for the R8 LMS GT2 and will kick off customer deliveries before the year’s end. Price? €338,000 (before taxes), which works out to nearly $380,000 at current exchange rates.

The Audi R8 For The Road: 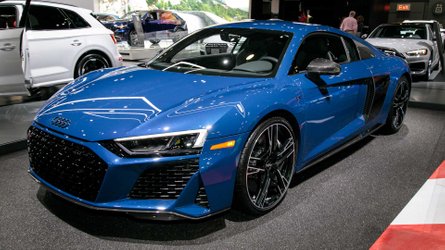 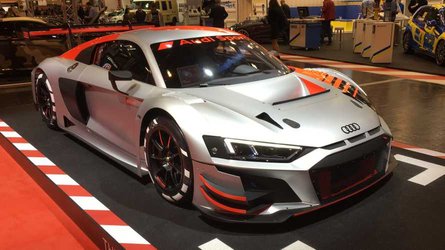 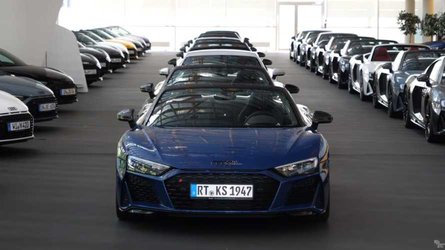 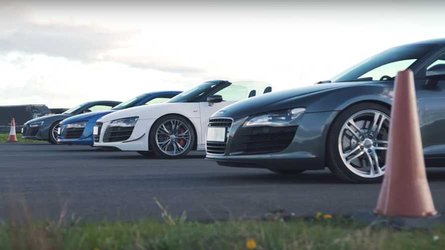 Audi R8 Generations Face Each Other In A Drag Race
By: Adrian Padeanu
++
++
Got a tip for us? Email: tips@motor1.com