A new generation of the Romanian LCV is planned for 2020.

Last month, we showed you the first spy photos depicting a development prototype of the next-generation Renault Kangoo. A few readers then pointed out that the test car looked a lot like a Dacia Dokker, the Kangoo’s cheaper alternative from Romania. It turns out the two will indeed share an almost identical body for their next iterations as these new spy photos confirm.

What you see here is a Dokker trial car with a full-body attire. Despite the heavy disguise, we can tell the car definitely has a lot in common with the Kangoo prototype from June. That’s especially visible at the back where the only difference between the two appears to be the taillights. The overall body shape and even the size and form of the side mirrors appear to be absolutely identical.

However, not everything is the same. If you take a closer look at the photo, you’ll notice this prototype has four lug nuts while the Kangoo featured a five-bolt configuration for the wheels. This probably means there are some differences underneath the skin but we can’t tell what the exact solutions are. 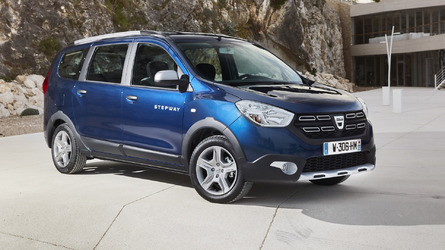 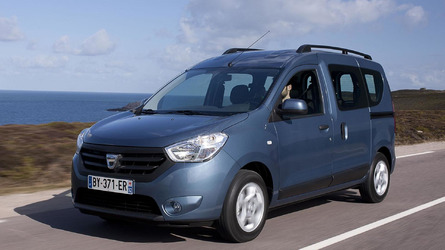 Dacia could drop the Dokker, Lodgy or Logan MCV

One thing we know for sure is that this is a prototype powered by an internal combustion engine. Whereas the Kangoo test car didn’t have a visible exhaust pipe, this camouflaged Dokker has a weirdly-sized pipe under the rear bumper.

As far as we can tell at the moment, the Dokker will continue to be offered with a 1.5-liter dCi diesel engine in several outputs when it’s launched on the market sometime in 2020. Whether Renault would also give it an all-electric powertrain remains unclear at the moment but chances seem to be low given the model’s affordable price tag.