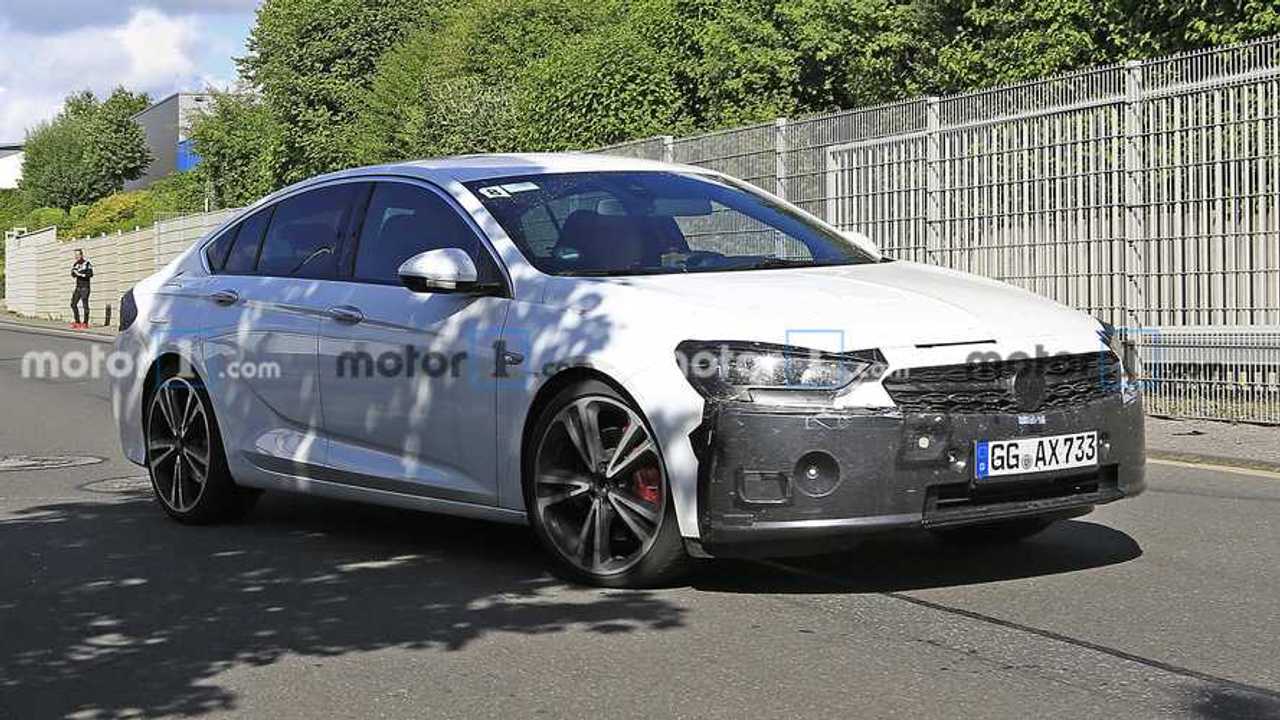 Those Brembo brakes sure are easy to spot.

Fresh spy photos of the Opel Insignia are in, featuring both the fastback and Sports Tourer out and about with minimal camouflage hiding the minor changes to come. We’ve seen these models sporadically, with the wagon gracing our spy lenses most recently back in May. These new shots drop some of the camo up front, giving us a glimpse of the retouched grille and headlights. Sharper edges seem to be the name of the game, particularly with the headlights that appear to be a bit thinner as well.

Curiously, the Sports Tourer still has heavier coverings up front despite both models being spotted at the same time. Likewise, the long roof carries abundant camo wrap at the rear though we suspect the crux of the changes will come with refreshed taillights. The same holds true for the fastback, though we have a pretty good idea how the new lenses will look. Bits of black tape obscure details and specific edges but for all intents and purposes, the redesign at the back is virtually revealed.

Perhaps of greater question is what lies beneath the hood. Both prototypes featured here ride on big wheels with prominent Brembo brakes clearly visible behind them. These are believed to be GSi high-performance editions with a 2.0-liter turbocharged petrol engine making 260 horsepower (194 kilowatts), or possibly a twin-turbo diesel of the same displacement, producing 210 hp (157 kW). Of course, the Opel’s American twin – the Buick Regal – offers the 2.0-liter turbo but in the States, the range-topping GS gets a 3.6-liter V6 with 310 hp (231 kW).

That likely won’t happen with the retouched Opel, and in fact, there are also rumors that the Insignia could switch to engines from PSA. Right now it’s all just speculation, but considering this appears to be a minor facelift, less change is the likely answer.

Expect full disclosure for the revamped Insignia late this year or early next year.