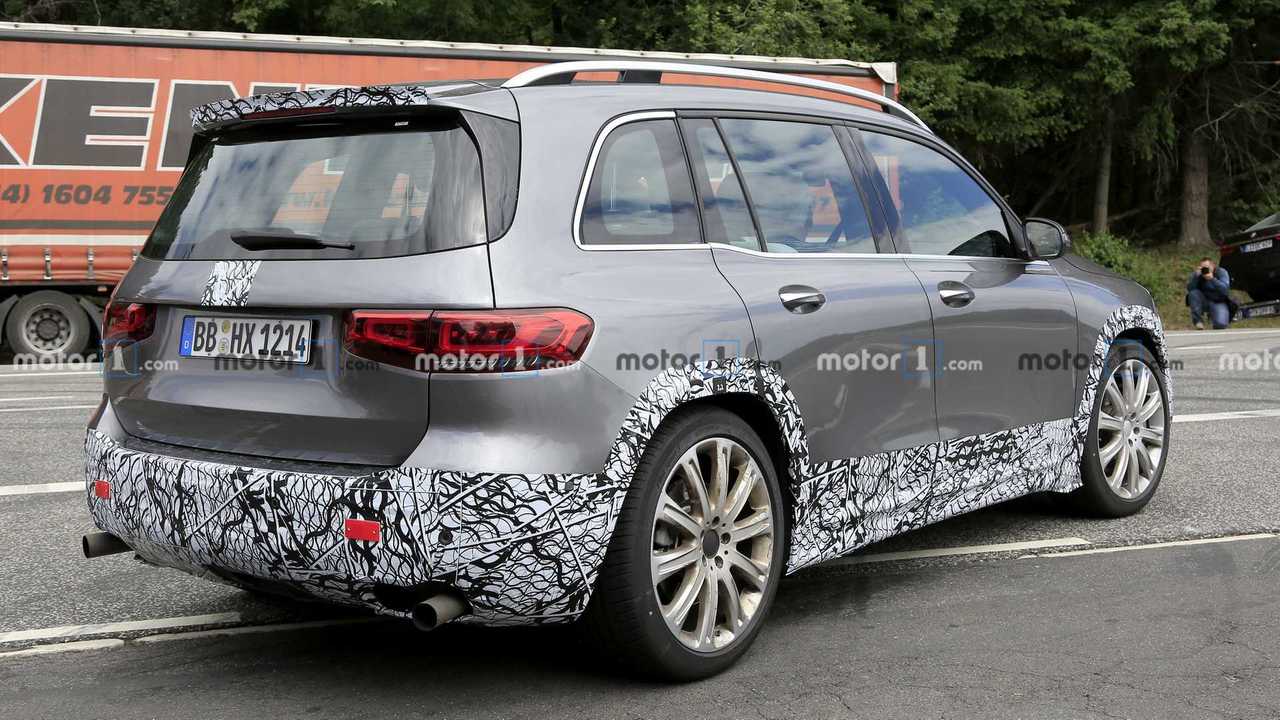 Actually, it could be a GLB 35 but in either case, it's a fast SUV.

Mercedes-Benz debuted its new GLB-Class in early June, but we have a bit longer to wait until the high-performance AMG variant arrives. However, with the GLB’s squarish shape officially revealed to the world, camouflage is falling from AMG GLB 45. This prototype was caught up close near the Nürburgring during a fuel stop, and our spy team wasn’t shy about getting a close look.

The AMG GLB Is Coming:

Technically speaking, we can’t say for certain whether this is the GLB 45 or the lesser-powered GLB 35. Ordinarily, we’d be able to tell the difference with a quick look at the rear, where a set of quad exhaust tips would reveal this as the 45. There are only two exhaust outlets on this SUV, though they obviously aren’t standard-issue GLB 35 tips. The wheels don’t help either, as we’ve seen the GLB 35 riding on spokes like these, and on black five-star wheels captured on camera with a GLB 45 prototype.

Ultimately, both muscle SUVs will have a similar appearance on the outside with tweaks to the front and rear fascias, and of course the trademark grille. Upgraded brakes and suspension will also be part of the AMG makeover, but the real difference comes under the hood. The GLB 35 should get the same 2.0-liter turbocharged four-pot that powers the AMG A35, generating 302 horsepower (225 kilowatts), and actually, the GLB 45 will probably have the 2.0-liter as well. It will be tuned considerably higher though, possibly up to 416 hp (310 kW) as found in the A45 S. At the very least, it should offer 383 hp (286 kW), which would still be enough to give this compact seven-seater plenty of thrust.

We’ve heard nothing official from Mercedes on when the AMG-tuned GLB models will debut. With the base model out and about right now, logic says the GLB 35 should arrive sometime later this year, possibly in September or even sooner. The GLB 45 should land either very late this year, or more likely, early in 2020.