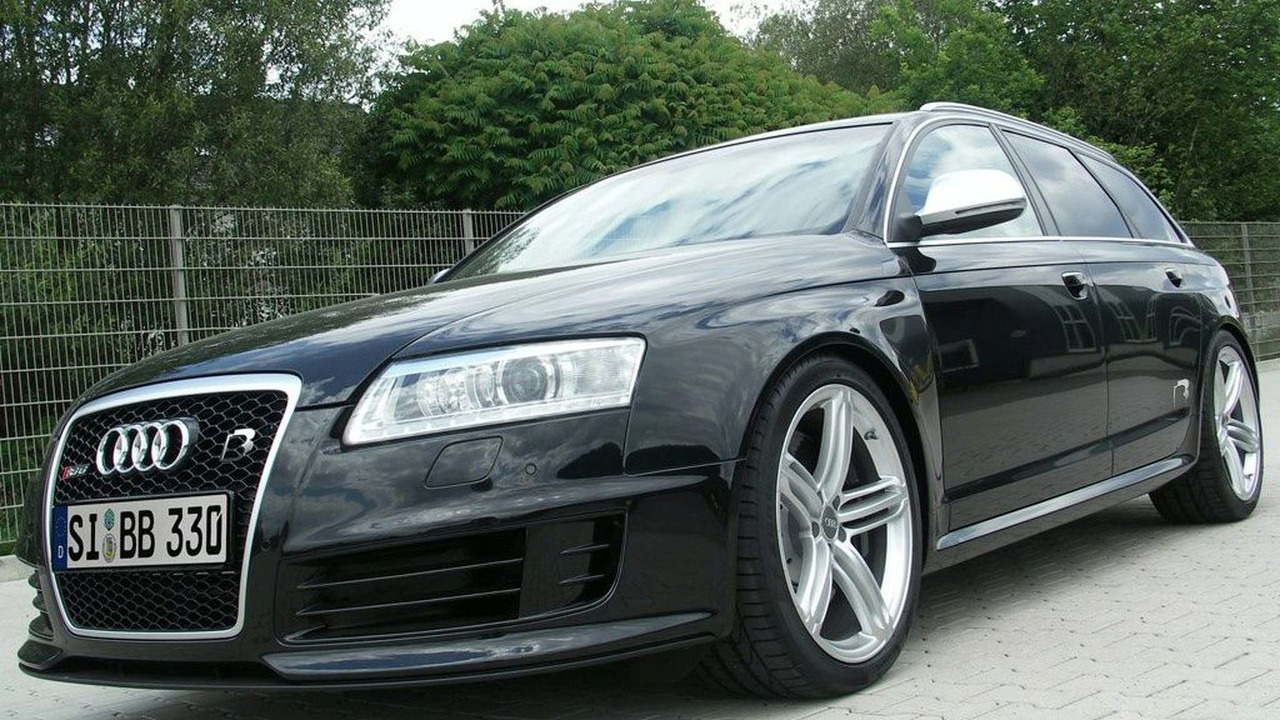 Pumping out a massive 715 Ponies, the new tuning package puts other tuning houses in the shade, check out the article to find out the awesome performance this results in.

When the RS6 was released it was considered that Audi's power war addiction had gone to their head, the 5.0-liter FSI twin turbo V10 monster found under the hood pumps out a massive 580bhp, but judging by the array of tuning kits coming out for the model, the engine is capable of far more.

One of the first to come out was an effort by MTM which brought power output to 656bhp and 579lb-ft (785Nm) of torque and that was just through a bit of ECU tuning. More recently Abt entered the fray with their own version pumping 700bhp and 590lb-ft (800Nm) of torque. However both have been put in their place with a new package released by Audi expert's B&B which possesses a massive 715hp.

The huge increase in power is achieved with B&B's special race exhaust system with high performance racing catalyst along with modifications to the air intake system, and air cooling system as well as a bit of ECU tuning. A set of sports springs lowers the vehicle by 25mm and B&B also offers a special threaded chassis which improves cornering speeds through its adjustable height.

But what is the result of all this tuning? How fast does it really go? Well, figures state that the B&B RS6 can accelerate from 0-100km/h in just 3.6 seconds – that's 0.9 seconds quicker than the factory produced version.