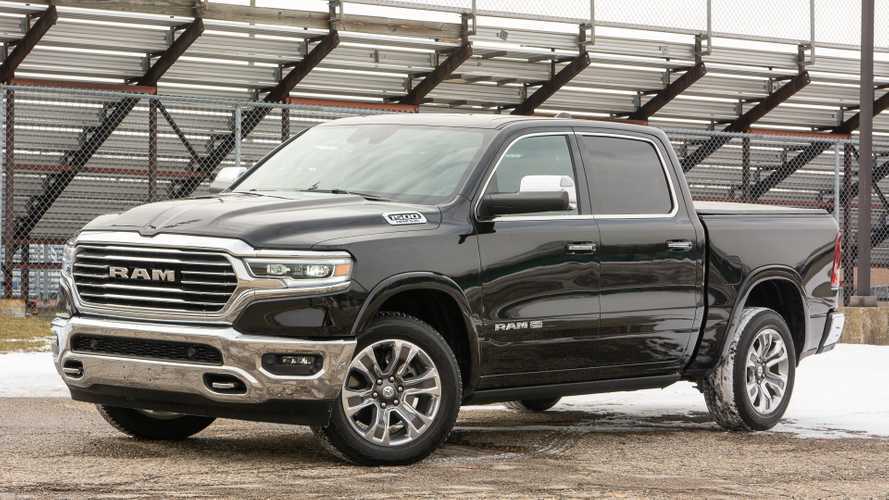 Second quarter sales figures from Detroit automakers are in, and all eyes are on the best-selling segment of them all. We’re talking about pickup trucks, and all three major players – Ford, General Motors, and Fiat Chrysler Automobiles – want to spin the latest figures as a positive. In reality, only one of these automakers saw overall pickup truck sales go up, and that prize goes to FCA’s Ram brand. Note that FCA still reports sales by month, whereas Ford and GM report sales quarterly. Let’s break the numbers down.

Ram is certainly on a winning streak, both with its freshly redesigned 1500 and 2500 / 3500 models as well as the Ram 1500 Classic, which continues to be sold alongside the new iron. The brand showed a 56 percent month-over-month increase, but the bigger number here (literally and figuratively) is the year-over-year increase of 28 percent. Halfway through 2019, Ram has a commanding sales lead over Silverado, though if you combine Silverado and Sierra sales, GM still holds the second spot over FCA.

Speaking of GM, the automaker further separates its sales into half-ton, heavy-duty, and medium-duty categories, but that apparently still wasn't enough to find some good news. GM is keen to say Silverado Crew Cab sales are up 12 percent, but that’s a very specific metric in a large field of Silverados and Sierras that all have declining figures. Silverado HD is down 15.9 percent for the quarter, while the half-ton is down almost 7 percent. It’s even worse year-over-year, with HD sales off 20.2 percent and half-ton sales down 9.4 percent. Sierra isn't suffering as much, with a quarterly drop of 4.7 percent for the half-ton and 2.9 percent for HD models. Yearly, Sierra half-ton sales are off just 0.5 percent, but HD models are down 14.2 percent.

Ford's Future In The Truck World:

Ford truck sales down as well. Actually, we need to specify that Ford F-Series pickup truck sales are down, because the Blue Oval also includes the Transit, Transit Connect, and E-Series vans in its overall truck category, not to mention heavy trucks like the F-650. The Ranger is also included (and rightfully so) though it obviously had zero sales last year in the U.S. market, which certainly makes year-over-year figures look better. As such, Ford claims its strongest second-quarter truck sales in 15 years despite a small drop in its bread-and-butter offering, the F-Series. And it is indeed small, with sales falling just 1.3 percent from the previous quarter and only 0.6 percent year-over-year. Beyond that, with 448,398 trucks sold so far in 2019, Ford is in no danger of losing its best-selling title.