New Nissan Juke Spied Testing Together With The Current Model 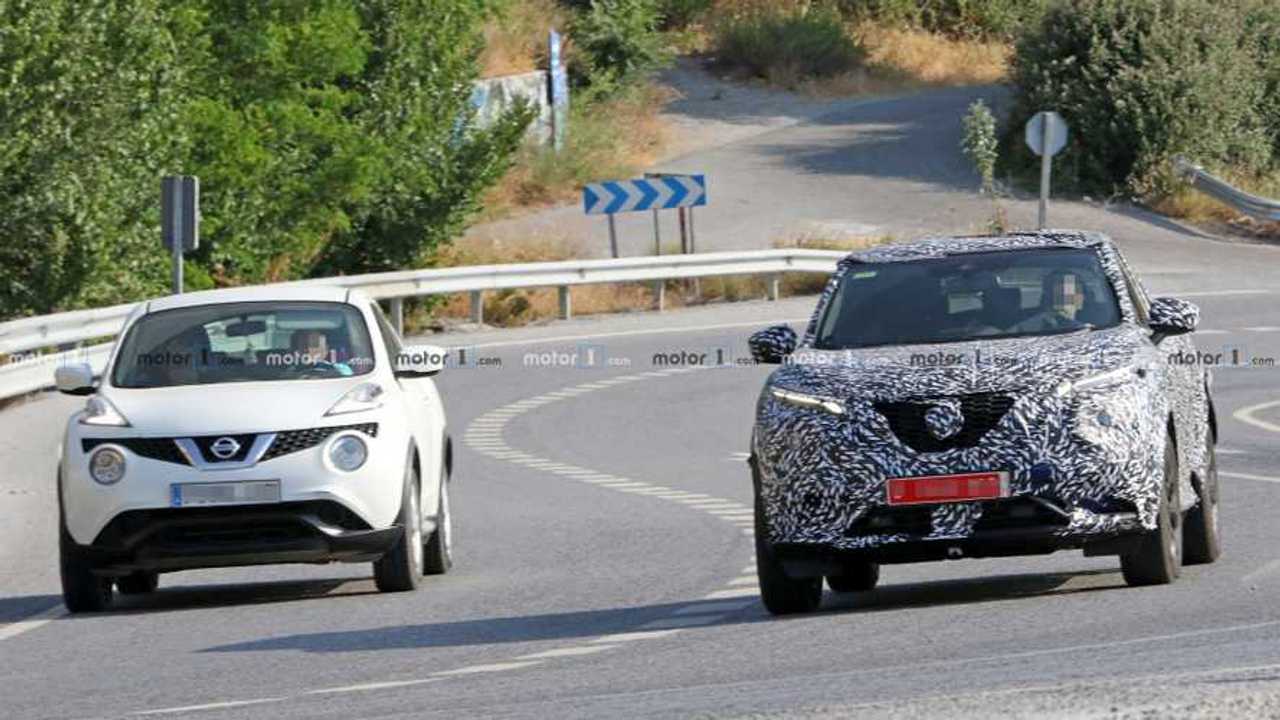 The next-generation Nissan Juke is back in a new series of spy shots taken somewhere in Southern Europe. This time around, the Japanese manufacturer is testing the funky crossover together with the model that’s still available to order in some markets on the Old Continent. This allows us to compare the two and it’s more than obvious than the upcoming Juke will be more upscale and slightly larger.

The overall shape will be retained though. The fascia will likely continue to feature three rows of lights but the actual headlights will be sleeker than before and the circular lights will smaller. At the back, the taillights will be completely redesigned extending onto the tailgate to make the small crossover seem wider when viewed from behind.

With the new Renault Clio and Captur already out, we pretty much know what's in the cards in terms of powertrains for the new Juke. The CMF-B platform will bring improvements in terms of overall weight and, at launch, the model should be available with 1.0- and 1.3-liter gasoline engines, as well as at least one version of the 1.5-liter dCi diesel. Some sources even put a 1.6-liter turbo gas unit with up to 200 hp (149 kW) under the hood but that’s not confirmed at this point.

Speaking of the new Captur, it will gain a plug-in hybrid powertrain next year and we expect the same hybrid system to be adapted for use in the next-gen Juke. We haven’t seen prototypes with a charging port yet but it makes sense for Nissan to borrow the system from its French colleagues as the European market is increasingly interested in plug-in models.

We expect to see the revamped Juke before the year’s end with sales kicking off in the first months of 2020.