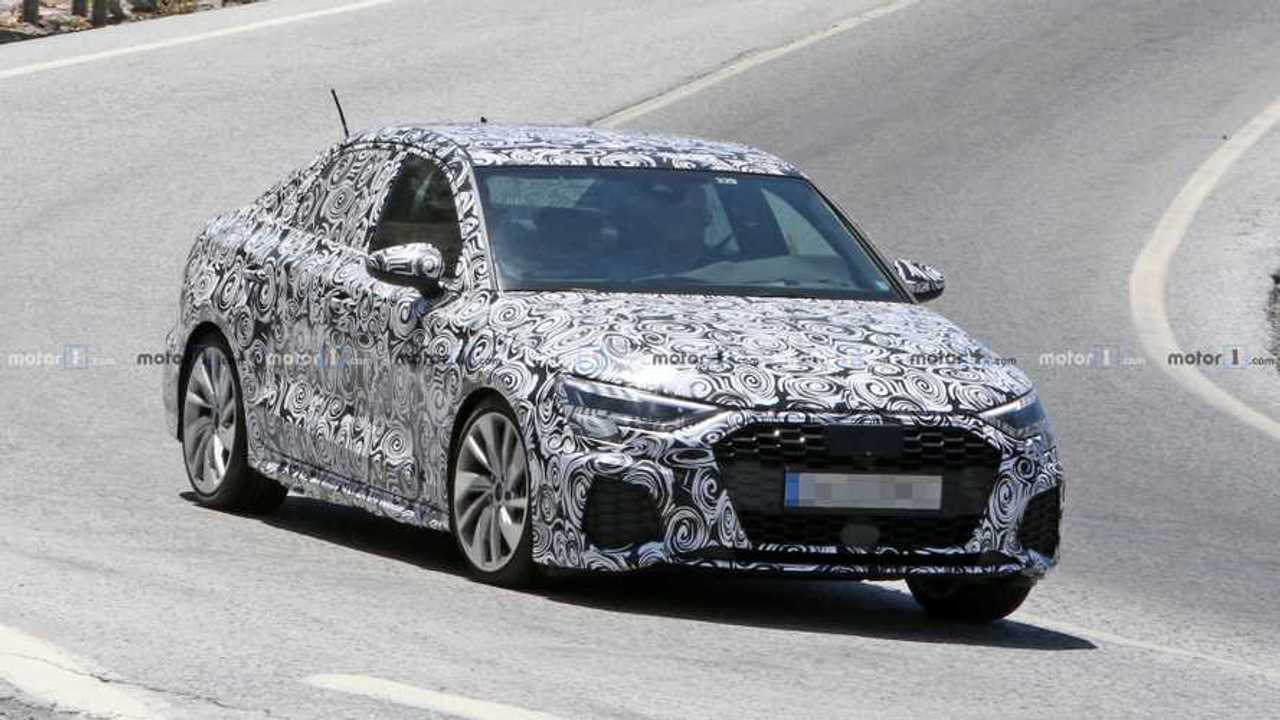 It seems the tablet-styled MMI is gone.

It was only a couple of days ago when we received the first batch of spy shots with the next-generation Audi S3 Sedan and now our photographers have sent us a new set with the regular A3 Sedan. It’s a bit more exciting than a base A3 since the prototype in question appears to be an S Line model judging by the air intakes of the sporty-looking front bumper.

The large wheels and the slightly lowered suspension also lead us to believe the near-production test vehicle was of the S Line variety, which will eschew the circular exhaust tips of the outgoing model for an angular setup. Despite the camouflage, a subtle trunk lid spoiler is noticeable, while the headlights and taillights are remarkably similar to those of the bigger A4 facelift.

We don’t get to check out what’s going on inside the cabin, but from some angles, we can see there’s nothing sticking out of the dashboard. We’re obviously talking about the retractable tablet-styled MMI infotainment system of the current A3. Hopefully, it has been neatly integrated into the center console like on the A6 and A8 sedans for a more cohesive look. Come to think of it, an old spy shot (attached below) of a Sportback prototype did reveal the touchscreen hosted in the center console, so it’s safe to say the tablet is gone.

If history has taught us anything, it’s that the new A3 Sedan and its Sportback counterpart will be a tad bigger than their predecessors. A minor stretch of the wheelbase together with better packaging enabled by the updated MQB platform should translate into more room for passengers and their luggage.

With the A1 Sportback and the SQ2 crossover deemed too small for the United States while the A3 Sportback has always been a forbidden fruit (excluding the E-Tron), it means the A3 Sedan will once again serve as the entry point into Audi USA’s lineup. As it stands, the base A3 kicks off at $33,300 whereas the hotter S3 begins from $44,500, followed by the flagship sedan-only RS3 at $56,200. It’s too early to talk about pricing for the next-gen cars, but with Audi likely cramming more tech into its compact cars, a slight bump seems likely.

Over in Europe where the Sportback will transition to a new generation, Audi is rumored to spruce up the A3 family with a crossover-ized version internally known as the “Cityhopper.” It won’t get the Allroad badge since it will lack Quattro, but a minor increase in ground clearance and some plastic body cladding will give it that crossover vibe.

Audi is expected to unveil the next-generation A3 Sportback in September at the Frankfurt Motor Show, with the sedan likely not far behind.