Unusual Renault Megane Test Mule Has Us Scratching Our Heads 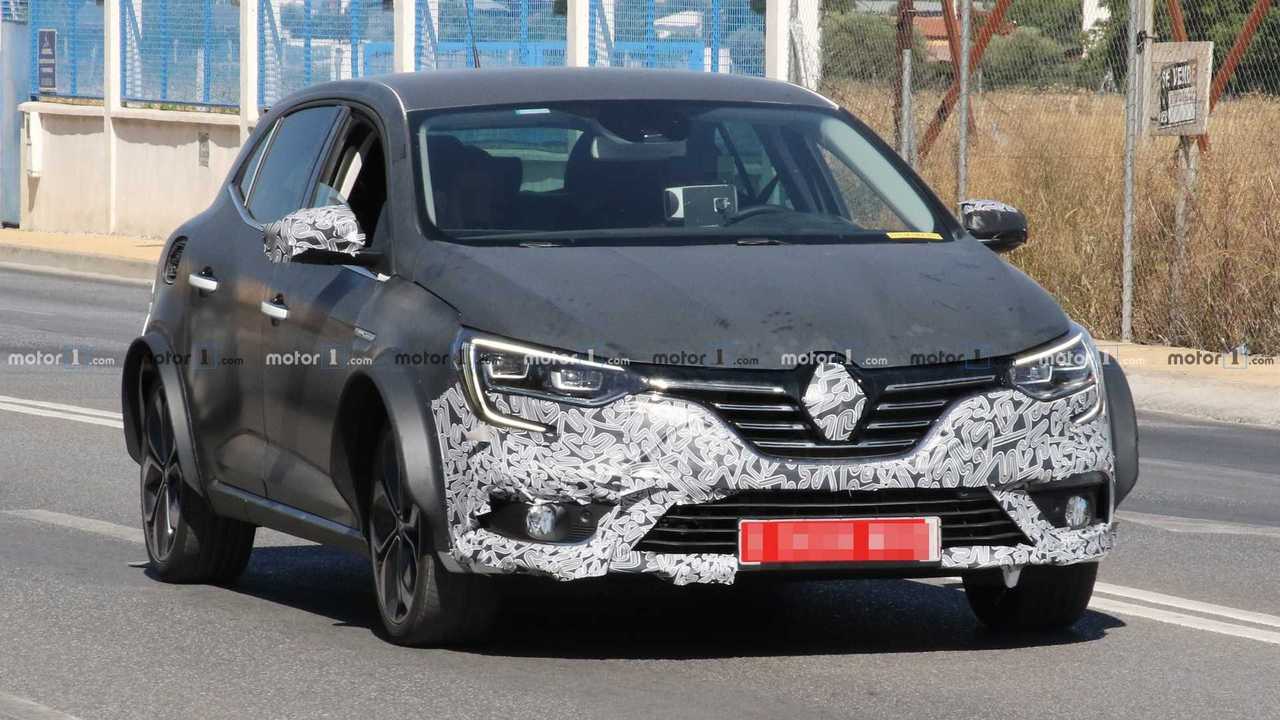 While the driver was giving the "V" sign, the passenger was flipping us the bird.

Hands down one of the most peculiar test vehicles we’ve seen in recent months, this Renault mule was caught somewhere in Spain wearing a modified body of the current Megane. The compact hatchback had fender extensions both at the front and rear, along with a possible charging port on the driver’s side. This leads us to believe it might’ve been a plug-in hybrid featuring the company’s upcoming E-Tech setup.

Megane Has Been Updated:

Upon closer inspection, it looks like the extensions tacked onto the front fenders are wider than those at the back, while the caps for the charging port on the driver’s side and the gasoline tank on the other side are both missing. For whatever reason, Renault decided to slap on some camouflage at the front and rear of the car, which had a rather unusual dark gray finish with predominately white door handles.

In one of the adjacent images, the Megane-based test mule is seen in front of another odd vehicle, this time around based on the previous-generation Clio in the more practical wagon guise. That one too appears to have those wheel arch extensions and a slightly increased ride height.

Getting back to the Megane, you can see the driver was quite friendly by showing the victory/peace sign to the man with the camera. Unfortunately, we can’t say the same thing about the front passenger as he was photographed flipping us the bird. As for the car, we can’t help but wonder whether the test mule is actually for something else as the beefier fenders might be a sign of a bigger vehicle.

One plausible scenario is the next-generation Kadjar and its highly probable plug-in hybrid powertrain. That would make sense considering the compact crossover has been around for more than four years, with a mid-cycle refresh launched towards the end of 2018. A revamped variant is likely a couple of years away, and with this Megane-based test vehicle being only an early mule, it means it won’t come out in production form anytime soon.

Meanwhile, we’ll learn more about Renault’s PHEV system in 2020 when the all-new Clio supermini will rock down to the electrified avenue.