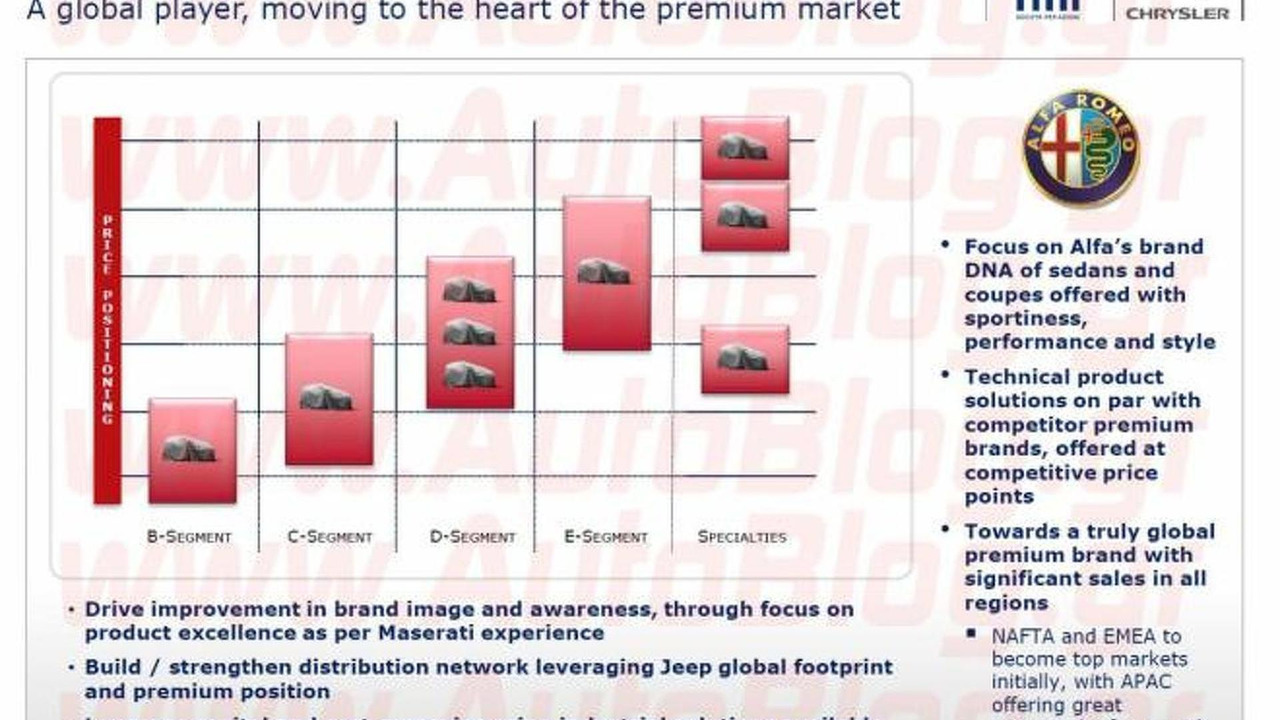 Alfa Romeo plans on launching nine new models by 2016, based on this leaked roadmap.

Alfa Romeo plans on launching nine new models by 2016, based on this leaked roadmap.

More than a year ago Alfa Romeo revealed its plans until 2014 at an investor's conference, and now an extended product roadmap through 2016 has surfaced. Next year they plan on launching a new B-segment model, followed by a C-segment model which will replace the Giulietta.

For the D-segment they will launch the Giulia, along with crossover/SUV- and Sportwagon-based versions. In the E-segment, Alfa Romeo will probably launch a Maserati Ghibli-based model to rival the Mercedes-Benz E-Class, Audi A6, and BMW 5-Series.

The product roadmap also shows three special models planned by the Italian company. The first one will be a coupe version of the production 4C and will make its debut in Geneva next March. It will be followed by the Spider model representing an open-top version of the 4C. The third model is called Duetto and will be a small roadster co-developed with Mazda and scheduled to enter production in 2015. The vehicle will be manufactured by Mazda in Hiroshima, Japan where they'll also make the new MX-5.