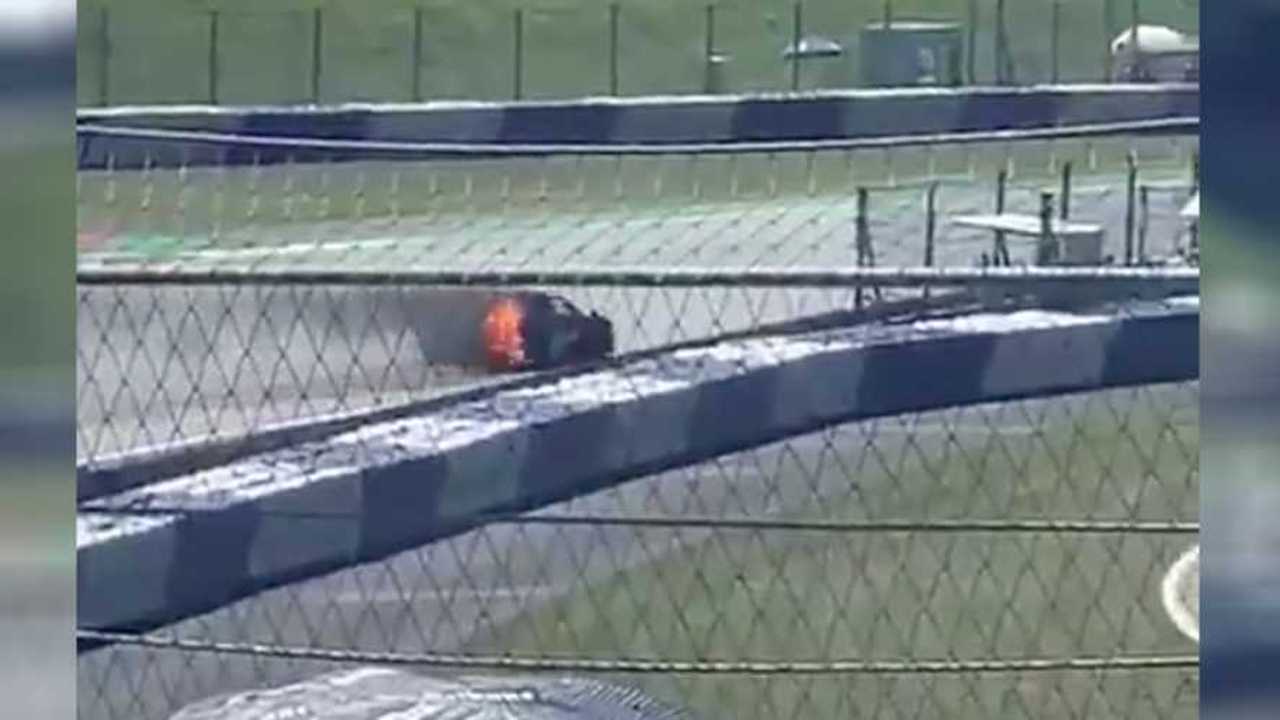 This isn't the first Senna to catch fire.

McLaren took supercar design to a new level with the Senna, a member of the company’s Ultimate Series. It looks radical with its mammoth rear wing and side air intakes so large they’re capable of eating small children. The see-through glass in the door panels are now iconic, but for one Senna parading at the Formula 1 Austrian Grand Prix, not even its radical looks could help it escape a catastrophe.

Video of an exhibition lap shows a McLaren Senna on fire with black smoke pouring from the rear. You can watch the driver shuttle the Senna around the track, likely heading to the pits. Even though the video quality is low – the videographer is pretty far from the car – you can clearly spot the flames. McLaren said in an emailed statement to The Drive, which picked up the video earlier this week, the company is aware of the situation, communicating directly with the owner. The company added it could not speculate about the cause or comment on the incident.

This isn’t the first McLaren Senna to catch fire. A video from famous YouTuber Salomondrin shows his own Senna engulfed in flames. At the time, it had about 400 miles (643 kilometers) on the odometer after only 11 days. When he was driving it, he noticed the exhaust spitting out flames as he drove home with his wife. He pulled off the road in a safe area to avoid further catastrophe.

Other Cars That Are Hot Hot Hot:

The McLaren Senna is named after Ayrton Senna, who many consider one of the greatest motorsport drivers in history. Power the Senna is the twin-turbocharged 4.0-liter V8 making 789 horsepower (588 kilowatts) and 590 pound-feet (799 Newton-meters) of torque, propelling the Senna from zero to 60 miles per hour (96 kilometers per hour) in under three seconds. Hopefully, McLaren can investigate the incident and determine the cause of the fire.