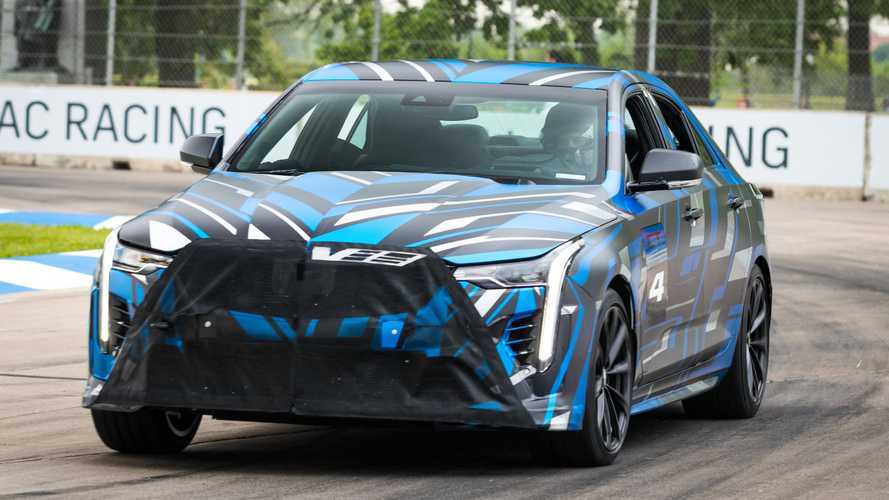 Row, row, row your own, gently down the street.

Finding a car with a manual gearbox is a chore. Fewer customers are buying them, so fewer automakers are offering them. Technology has made automatic gearboxes more efficient than manuals, and automatics shift quicker, too, neutering the manual’s once staple hallmarks. However, the manual gearbox isn’t dead yet, and it appears Cadillac will do its part to keep it alive.

According to a new report from Muscle Cars And Trucks, Cadillac’s new V-Series will offer manual gearboxes; however, you’re unlikely to find them in the new CT4-V and CT5-V. Instead, expect to row your own in the sedans that will slot above the new entry-level V-Series sedans – the rumored CT4-V Blackwing and CT5-V Blackwing. The report suggests the CT4-V Blackwing is the likelier candidate, considering it’s smaller, and “more youthful of the two.”

Continuing to offer a manual gearbox will please V-Series enthusiasts who’ve been vocal about Cadillac’s repositioning of the brand. The new CT4-V and CT5-V Cadillac unveiled earlier this year make the V-Series brand more accessible, effectively replacing the short-lived V-Sport line. The new CT4-V and CT5-V are woefully underpowered by V-Series standards, but not all hope is lost.

The CT4-V Blackwing and CT5-V Blackwing will sit where the previous ATS-V and CTS-V lived. The Blackwing engine, which currently powers the CT6-V, makes 550 horsepower (410 kilowatts) and 627 pound-feet (850 Newton-meters) of torque. Pair the engine with a manual gearbox in the smaller CT4-V Blackwing, and you have a recipe for endless fun.

Cadillac is at a crossroads along with much of the industry as the future of the automobile is far from clear. Electrification and autonomous vehicles are the future – we don’t know when they will arrive en masse, though. Earlier this year, General Motors said Cadillac would lead the company’s EV development. Pairing a 550-hp V8 to a manual gearbox would be the perfect swan song before the switch to electric vehicles. Let the V-Series go out with a bang, not a whimper.