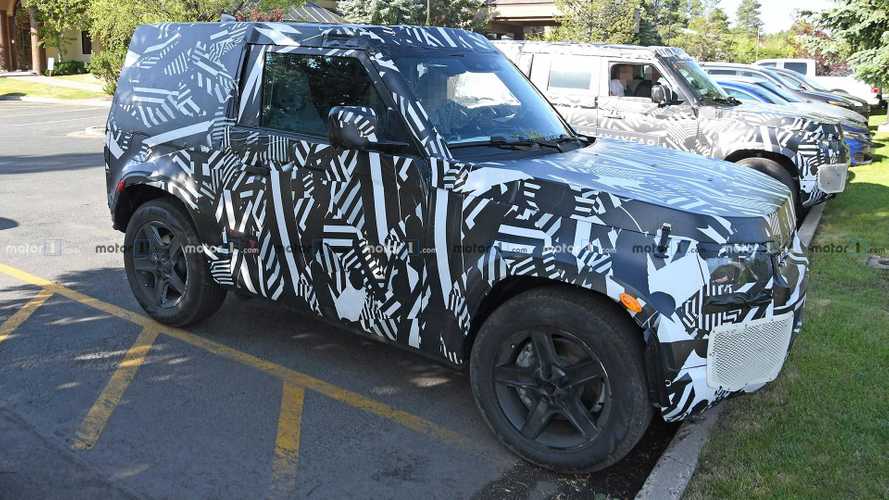 Comprehensive details about the new Defender have emerged courtesy of what appear to be slideshows from an internal presentation.

As we are inching closer to the highly anticipated reveal of the new Defender, more and more reports are emerging about the reborn British off-roader. The Mercedes G-Class rival has been in the news extensively during the past few weeks thanks to numerous spy shots, official teasers, and yet-to-be-confirmed reports.

Speaking of which, a new report published by Autocar gives us a pretty good understanding of what to expect from the resurrected SUV. They discovered what look to be internal slideshows posted on the Disco4.com forums – which you can access here – revealing just about everything you’d like to know about the new Defender. Those documents likely presented during JLR meetings reveal the model will be offered in three flavors: 90, 110, and 130.

Seeing as how the Defender 110 and 130 are going to have the exact same wheelbase, it leads us to believe the bigger of the two will have an extended rear overhang to enable greater cargo capacity. When it comes to seats, the 90 variant dubbed as being a “halo, image icon” will be offered with a choice of five or six seats. It means the latter will likely have three up front and three in the back. The 110 nicknamed the “definitive Defender” will be available in five-, six-, and seven-seat configurations. As for the big one, the Defender 130 “premium explorer” is going to be available only with eight seats.

In regards to the oily bits, the same documents show the 90 and 110 models will be available with three gasoline engines and a trio of diesels, with all of them hooked up to an automatic transmission and four-wheel drive. The base gasoline engine will be the P300, followed by the P400 and a P400e plug-in hybrid, while the diesels are going to be labeled D200, D240, and D300.

There’s more to those yet-to-be-confirmed Land Rover documents than the technical specifications as one of the slides also does a summary of the trim levels: Standard, S, SE, HSE, and X. Depending on version, goodies on high-end configurations  will include adaptive matrix LED headlights, 18-way adjustable electric leather seats, 12-inch digital instrument cluster, 14-speaker Meridian sound system, 20-inch wheels, and lots of safety and assistance tech.

The 2020 Land Rover Defender should debut in the weeks or months to come. Meanwhile, see the slideshows at the source link below for all the details.