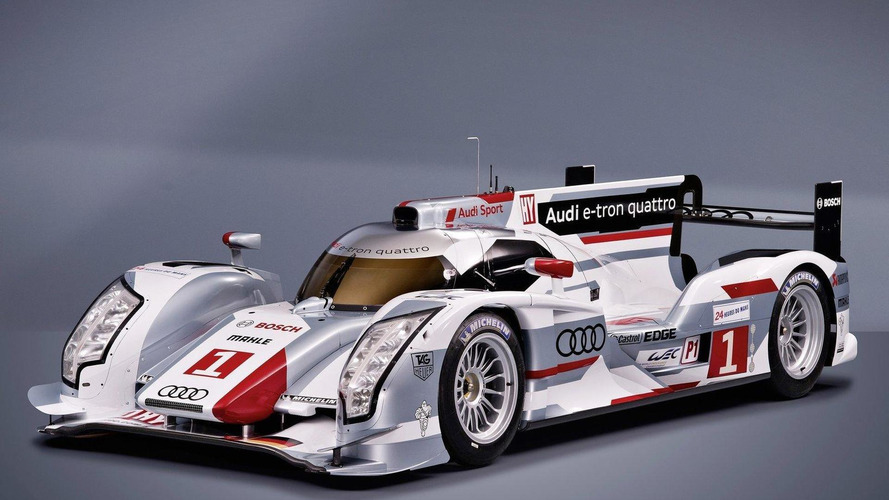 According to a recent report, Audi's diesel-electric supercar will be a street-legal LeMans car with a small single-frame grille, vertical LED headlights and an adjustable rear wing.

Automobile Magazine is reporting the car - which could be called the R20 - will be a street-legal LeMans car with a small single-frame grille, vertical LED headlights and an adjustable rear wing which could function as an air brake. It could also have gullwing doors, active aerodynamics and a full-length tailfin that mimics the one used on the R18 race car.

Inside, we can expect a "black panel center display" and active sport seats with four-point harnesses.

Power could be provided by a twin-turbo V6 TDI engine and two electric motors that drive the front wheels. This setup could give the model a combined output of roughly 700 HP (515 kW). We can also expect torque vectoring technology, e-quattro all-wheel drive and a limited electric-only range.

The car could be unveiled at the 2015 Pebble Beach Concours d'Elegance and go into production in 2016. Production is expected to be limited to just 100 to 250 units.