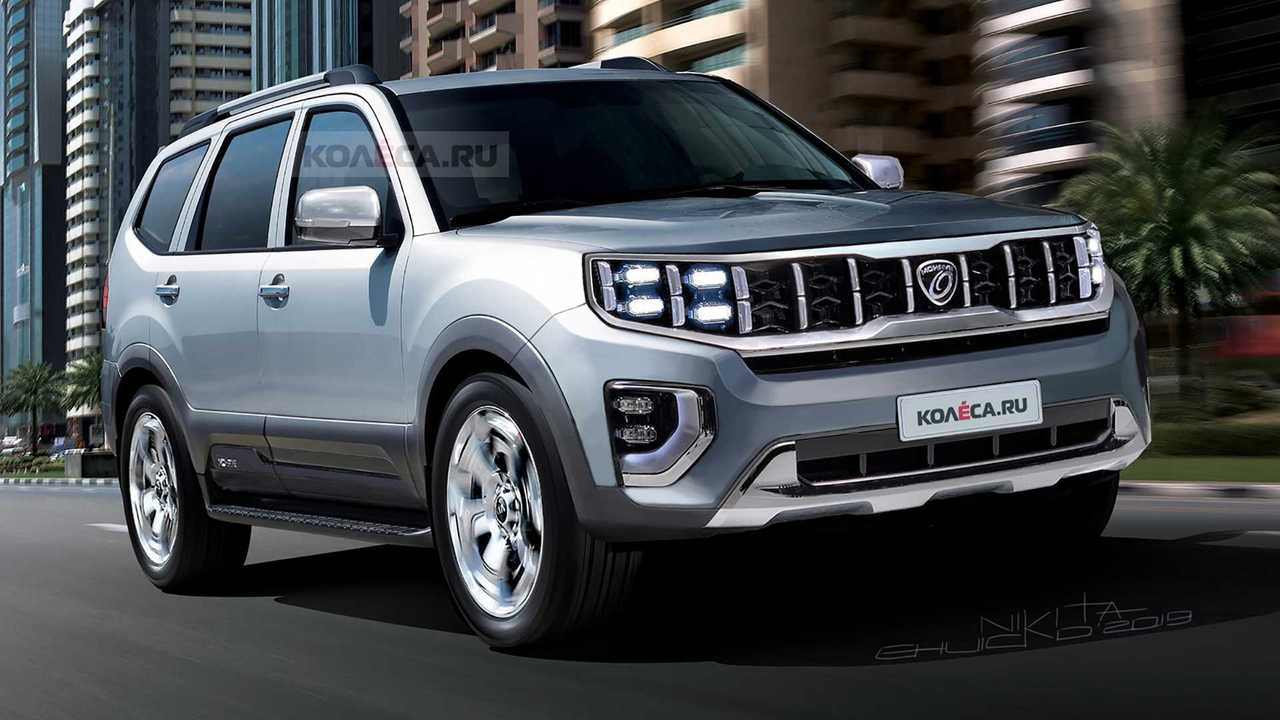 You can spot the Telluride influences.

Kia’s launch of the three-row Telluride in the U.S. was massive. The company’s crossover and SUV lineup were a bit dull at a time when consumers were flocking to larger vehicles, and the Telluride has made customers look up and take notice. Now, the South Korean automaker is developing the next-generation Kia Mohave that pulls a lot of inspiration from its U.S. stablemate. Spy photos and the Kia Masterpiece concept from March have given us a good indication about the Mohave’s future design, borrowing heavily from the Telluride.

A new rendering from our colleagues at Kolesa.ru takes the Masterpiece concept and turns it into a production vehicle, though it’s not that far of a jump. At first glance, it’s nearly impossible to spot any difference between the rendering and concept. However, the wheels look smaller, and the fog lights look less concept-like, borrowing the same lighting elements used in the headlights. However, while the Mohave does borrow several design elements from the Telluride, the two ride on separate platforms.

It’s difficult not to see the Telluride’s influence in both the Masterpiece concept and rendering. The bold, grinning grille, upright front end, and fog lights scream Telluride, including the headlights. The upward kick of the rear window along the Mohave’s beltline looks identical to the one on the Telluride. However, it’s a different story at the rear. Here, the rendering mimics the design of the concept, with its wide-spanning taillights and bold Mohave badging.

It’s difficult to determine which design features from the concept will make the production vehicle. Spy photos from earlier this year show a heavily camouflaged Mohave with bulky cladding concealing the entire rear. An earlier rendering of the next-gen Mohave has lighting elements that fall much more in line with what we see on the Telluride. However, the 2020 Mohave isn’t coming to the U.S., which gives Kia some design freedom for the SUV’s intended markets. Either way, the next-gen Mohave is yet another crossover in the world.