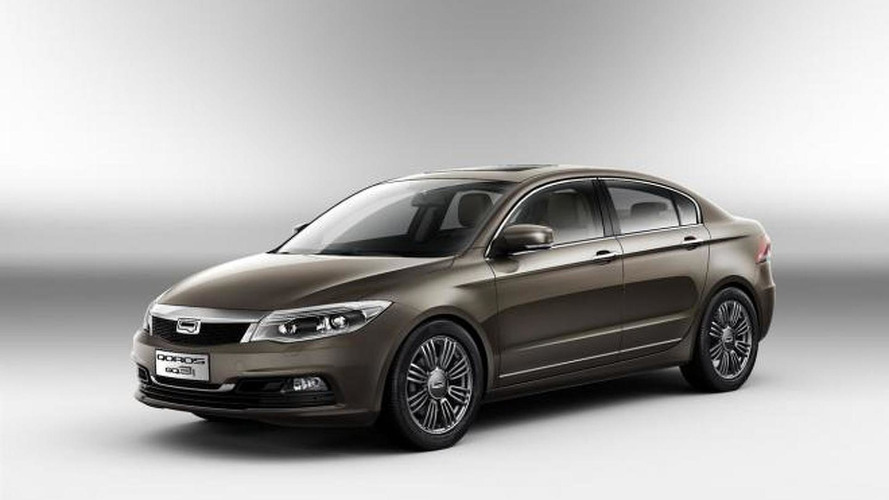 Qoros has revealed the first photos with their GQ3 compact sedan that will debut in Geneva next year.

Qoros has revealed the first photos with their GQ3 compact sedan that will debut in Geneva next year.

This will be the company's first model which is scheduled to go on sale in 2013 in China followed later in Europe. Its styling is the work of Gert Volker Hildebrand who collaborated with teams of designers from Munich and Shanghai.

The result is pleasing with a coupe-like silhouette, short overhangs and an elegant matt aluminum strip above the side sills. With a width of 1839mm, this is one of the widest cars in its class and can accommodate wheels up to 19 inches. On the upper edge of the wide headlights there are horizontal LED bars providing a premium look for most likely what will be a cheap car.

On the inside it promises to offer a lot of space and will come as standard with an 8-inch touchscreen infotainment system installed in the center console. In terms of safety, the Qoros GQ3 will feature front, side and curtain airbags, along with seatbelt restraint systems. Qoros has previously mentioned that all cars will be engineered to score maximum ratings in the Euro NCAP safety tests.