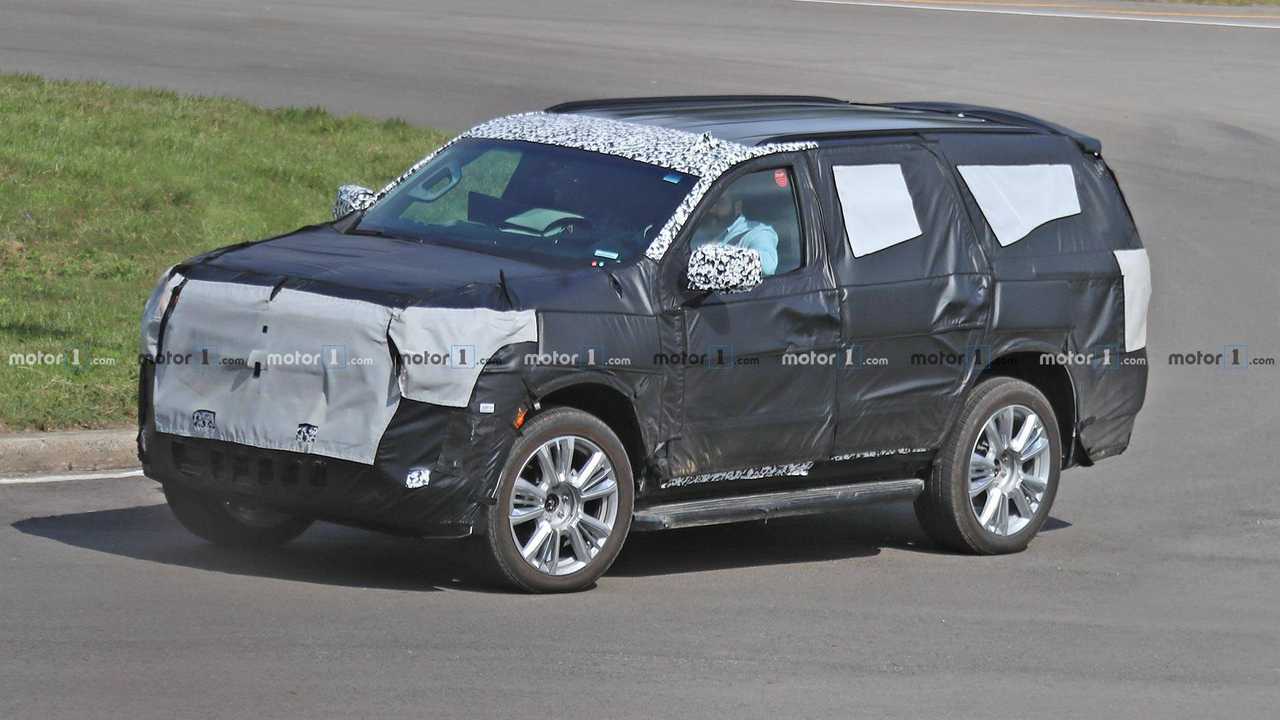 The Ford Expedition should watch its back.

If there's any major difference between the Ford Expedition and the Chevrolet Tahoe, apart from the shade that the Blue Oval threw at the Golden Bowtie, it would be the rear suspension setup. Both SUVs cater to the family-hauling SUV lovers, but the Expedition has a multi-link suspension at the back, while the Tahoe keeps faith with a solid axle.

However, a report from Car and Driver states that the full-size SUV will finally have an independent rear suspension setup, dropping the live axle entirely from its lineup. With this, the Tahoe should finally catch up to its greatest nemesis in terms of ride quality and third row/cargo space volume.

This supports our previous observation of the Tahoe's spy shots last year, wherein the SUV was seen with a seemingly multi-link rear suspension beneath the heavily-camouflaged body. With this out on the table, the Tahoe is poised to go head-to-head with the Expedition again.

A multi-link rear suspension will benefit large SUVs greatly in terms of handling, ride comfort, and interior space. Without a live axle actively bouncing underneath, passengers would have a smoother ride, not to mention, there would be more space at the back because of the new setup.

The new suspension setup comes with GM's T1 truck platform, which the Tahoe will share with other GM products such as the Suburban, Cadillac Escalade, and GMC Yukon. With that, the Expedition won't only face a returning challenger in the Tahoe but with the Yukon, as well.

As for the powertrains, Car and Driver reported that GM will equip the Tahoe with 3.6-liter V6, along with 5.3- and 6.2-liter V8s. Hybrid versions are also speculated to join the lineup, while transmission options would be eight- or ten-speed automatic gearboxes.