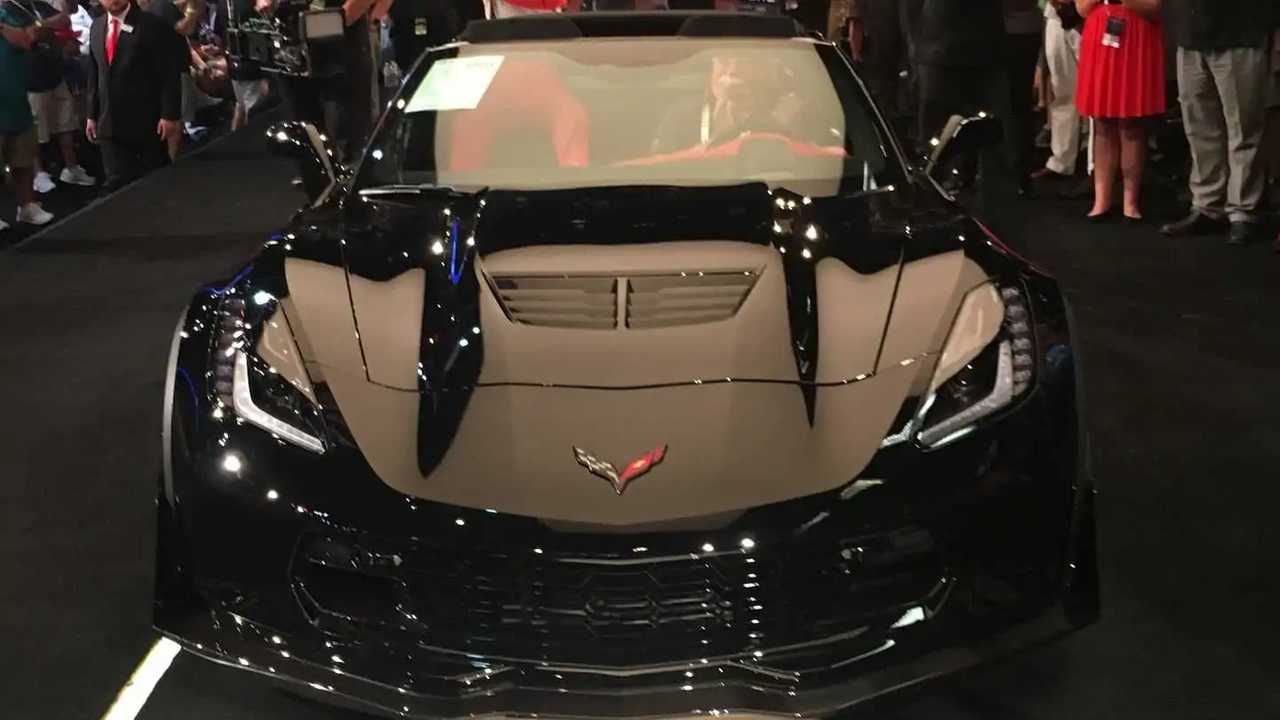 Even better, it's for a good cause.

[UPDATE, June 29] Photos from the Barrett-Jackson Auction added to the gallery below.

With the mid-engined Corvette C8 nearing its most-anticipated global launch, the inventory of the C7 Corvette has shrunk and shrunk way too fast. In fact, Chevrolet has stopped selling the front-engined supercar last June 23, 2019 in the U.S., while European dealers will follow suit on August 31.

The last of the C7s, however, has its future written in stone as early as April of this year, with the news of it going to the Barrett-Jackson auction. Fast-forward to today, the auction has been concluded and the hammer price of what might be the last front-engined Corvette ever is at a whopping $2.7 million.

Sold by a bidder from the phone lines, the last C7 Corvette's specs are fixed – a black Z06 with the 3LZ trim package that comes with a plethora of leather, a performance data recorder, and extra tech features such as navigation, Android Auto, and Apple CarPlay.

Inside the bonnet, a 6.2-liter LT4 V8 engine lives, producing 650 horsepower (485 kilowatts) sent to the rear wheels via a seven-speed manual transmission. Exterior-wise, the final Corvette Z06 comes with a carbon fiber roof and splitter, while interior trims are dominated with red leather.

Mid-Engine Corvette C8 Debut Is Just Around The Corner:

Now, while these specs should cost anyone millions of dollars, that auction price of the last C7 Corvette is for a good cause. All the proceeds of the bid will go to the Stephen Siller Tunnel to Towers Foundation's Smart Home program, which aims to build mortgage-free homes for the catastrophically injured veterans.

Each Smart Home is specifically designed to the unique needs of the injured service members and has features like automated doors and lighting, wider halls and doorways, special showers to accommodate wheelchairs, and automatic door openers, among others.

With that said, the winning bidder will not only get a piece of Chevrolet history but will also be able to help the foundation to push through with its cause.

The Firsts And Lasts Will Always Be Special: