Audi Q8 By Lumma Design Is Not For Everyone 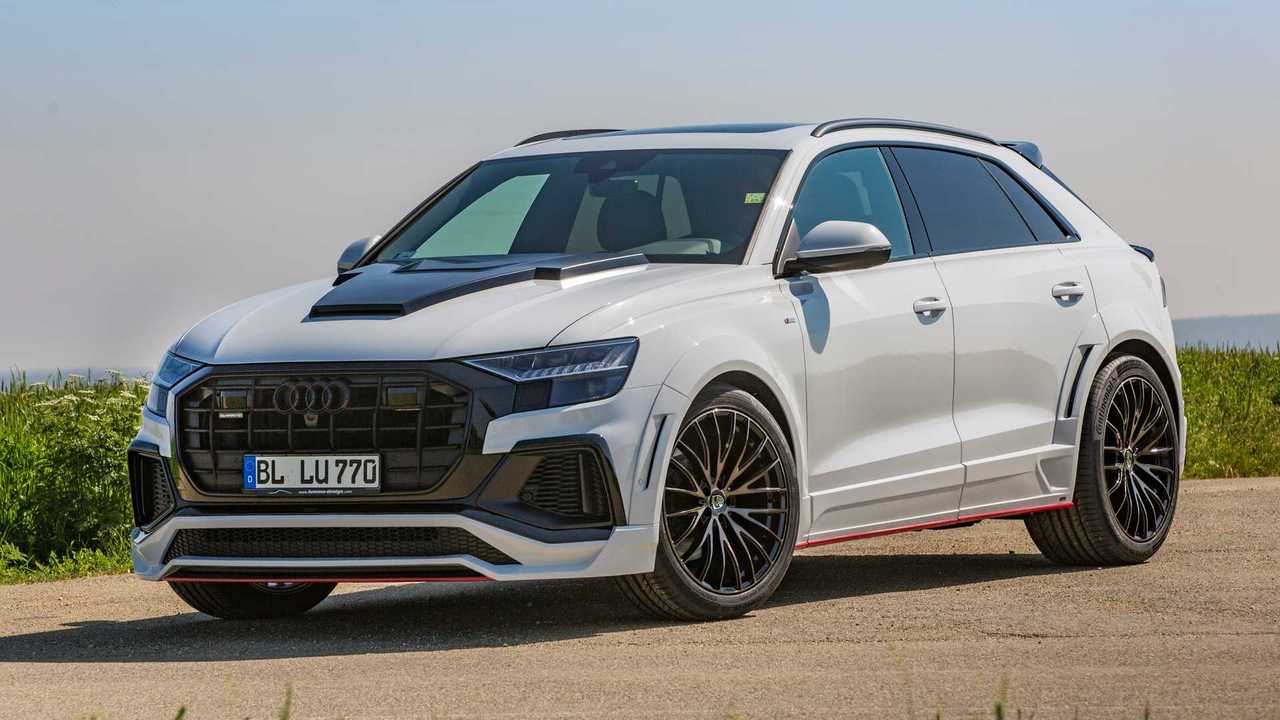 They call it the Lumma CLR 8S.

Some cars are better left untouched. Take the Audi Q8, for example. It’s certainly not the best looking vehicle in history, but it is a damn attractive crossover SUV. Unfortunately, the folks at Lumma didn’t receive this memo, as the German tuner decided to put its fingerprints all over Audi’s high-riding hatch.

Dubbed the Lumma CLR 8S, the Q8 features bodywork designed by Horst Lumma and his cohorts. Equipped with wider wheel arches, flared rockers, aggressive front and rear splitters, a pair of rear spoilers, and a crazy-looking hood attachment, the CLR 8S is far from pretty. But it is certainly eye-catching.

To further differentiate the Lumma-fied Q8 from the stock model, the tuner also offers two different sets of wheels: a set of 22-inch, 10-spoke units or a set of 24-inchers painted matte black. Both ride on staggered tires and neither is likely to improve the crossover’s ride quality.

Those fearful of taking on the full CLR 8S look are also able to purchase the strange hood piece and either one or both of the rear spoilers separately. We’ll admit that the two wings actually look rather nice, particularly the small lip spoiler just above the taillights.

While Lumma didn’t announce pricing for the CLR 8S or the individually sold pieces, the company did share that CLR 8S buyers can equip there Q8 with Lumma-made interior upgrades and underhood performance enhancements to ensure your four-ringed crossover’s interior and powertrain aren’t left out of the equation. Given the looks of the CLR 8S’s exterior, though, we might advise you to pass on any cabin or powertrain upgrades.