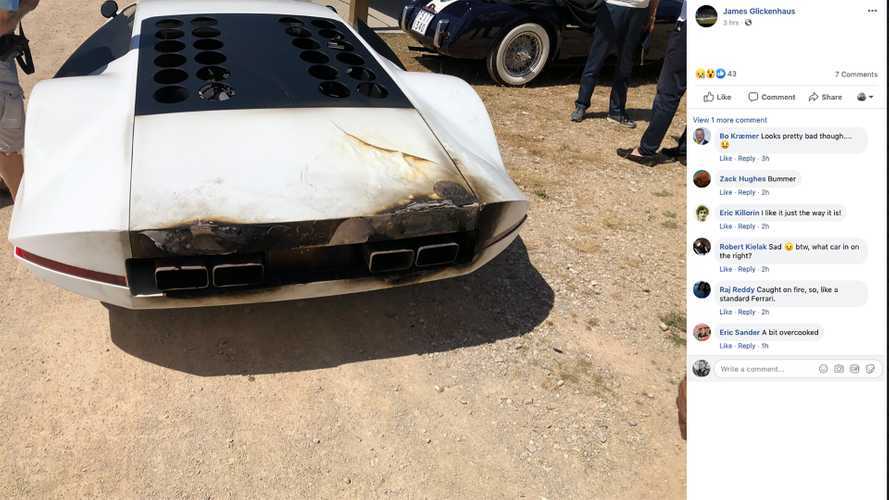 It appears the damage is minimal.

Back in 2014, James Glickenhaus, owner of Scuderia Cameron Glickenhaus, somehow convinced Pininfarina to sell him the Ferrari 512S Modulo concept. While we don't know how much he paid for the acquisition, we do know he bought it to drive it – and drive it he does. Earlier this month, the car was spotted moving under its own power at the Villa d'Este during the 2019 Concorso d'Eleganza. While the crazy concept made a splash at the show, the car suffered a small exhaust fire earlier today in Europe.

Glickenhaus didn't hide the catastrophe, posting an image of the burnt rear end on social media. Glickenhaus in the post says he activated the onboard fire suppression system he installed, which extinguished the flames. Sadly, the Ferrari 512S Modulo concept didn't get away unscathed. The rear body near the exhaust is scorched; however, the damage appears cosmetic. Glickenhaus says the muffler caught fire, which was built by a firm Glickenhaus no longer works with, and the repair will be "no big deal." After assessing the damage, Glickenhaus set back off on his drive, burnt rear-end and all.

It's taken Glickenhaus nearly five years after purchasing the Ferrari to get it on the road in full order with a massive mid-mounted 5.0-liter V12 engine making 550 horsepower (410 kilowatts) powering the beast. With only one ever made, the concept redefines rare, and driving it on the open road would give some a heart attack. If Glickenhaus hadn't installed the fire suppression system, the damage could have been disastrous.

Here Are Other Cars That Catch Fire:

Watch The Alpine A110 Catch Fire During Top Gear Filming
⠀

There's always a risk when driving for something to go wrong. A distracted driver could spell trouble for even the most attentive and defensive driver but rarely do we worry about our car catching fire. It's a rare problem often inflicting high-end supercars, and, apparently, a one-off Ferrari concept from 1970.