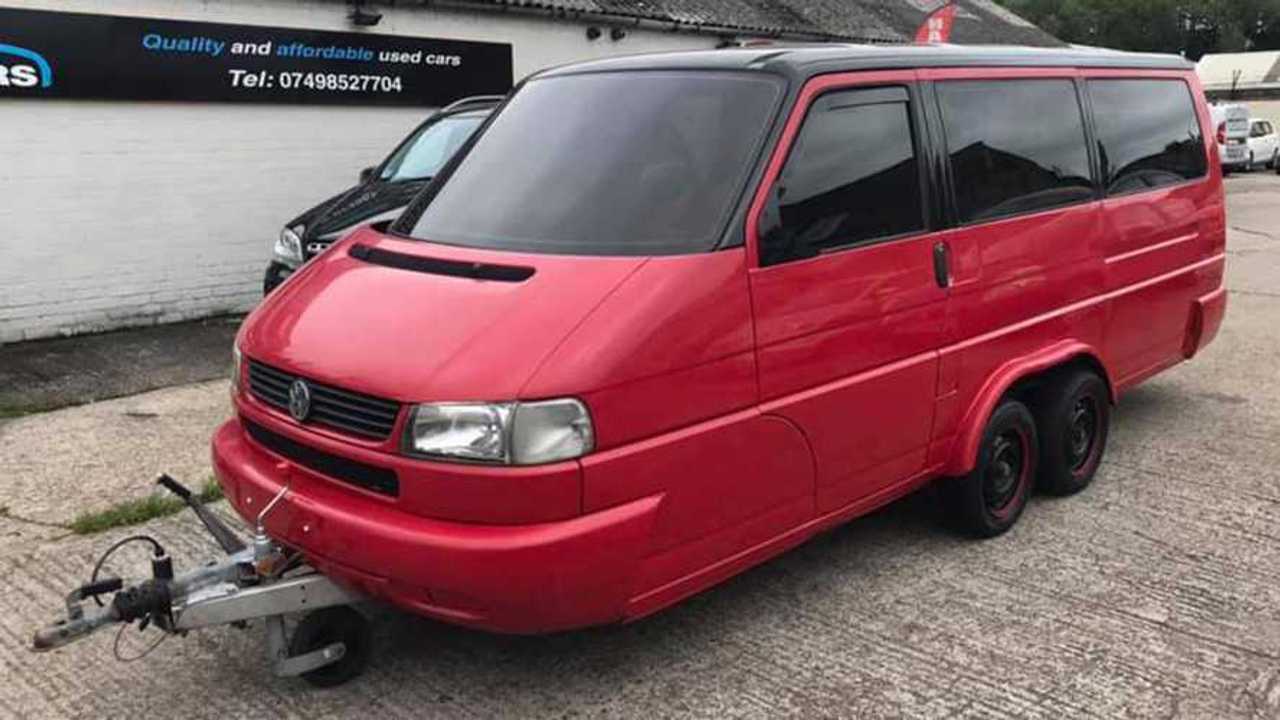 There's even a great place to cook a meal.

The Volkswagen Transporter is famous around the world as a platform for making a fantastic camping vehicle. Based on this newly discovered custom rig, the VW van can still be a great camper even when the engine is gone. The owner even makes this one portable by installing a trailer coupler to the vehicle's front end, so it can go anywhere.

From the outside, this trailer looks like a fairly standard post-facelift T4 Transporter. The builder puts fairings over the wheel wells and mounts dual axles underneath the center of the custom trailer. The smoother design really highlights the handsomeness of this generation of van.

Opening the hood reveals the first of this VW's many secrets. The engine is gone, and there's now a grill in its place. The setup means that once the owner reaches his or her destination, there's space to cook up some burgers and hotdogs for dinner.

Stepping inside through the van's front doors, the builder strips the interior to maximize the living space. There's a large sitting area around a table in there, cooking prep area, gas burner, sink, and refrigerator. Another couch occupies the spot where you'd usually find the instrument panel. The rear hatch still opens but exposes part of the wrap-around seating area, so the only real function is for better ventilation.

The only obvious design oversight is including a place to sleep. However, it's entirely possible that the large seating area and table could convert into a big bed. Storage space seems limited, too, but the owner could carry clothes and camping supplies in the tow vehicle.