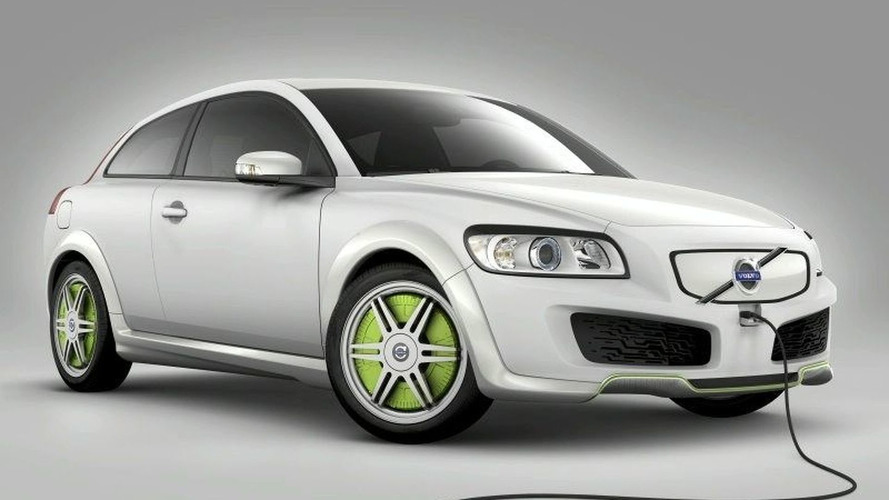 "This is a ground-breaking innovation for sustainable transportation. A person driving less than 100 kilometres a day will rarely need to visit a filling station."

Volvo is bringing yet another C30 concept to Frankfurt, this time a plug-in hybrid with electric wheel motors powered by batteries which can be recharged through regular power outlets. The batteries take roughly 3 hours to (re)charge and will last for about 100km, which is quite a feat, before the FlexFuel engine takes over.

"This is a ground-breaking innovation for sustainable transportation. A person driving less than 100 kilometres a day will rarely need to visit a filling station. In the USA, this may apply to almost 80 percent of drivers," says Magnus Jonsson, Senior VP Research and Development at Volvo Cars.

The Volvo ReCharge Concept uses a new technology where there is no mechanical connection between the engine and the wheels called 'series hybrid' technology. An electric engine in each wheel is powered by the lithium-ion batteries located in the trunk while the APU (Auxiliary Power Unit) will kick in when the batteries are depleted. The FlexFuel combustion engine will only power the APU since the APU is capable of generating enough electricity for the 4 electric motors (actually, the APU is powerful enough to supply electricity to a large house) resulting in a maximised power usage and low emissions.

PML Flightlink has developed the in-wheel electric motors (which we have already seen in its development stage on a 640hp MINI). All-Wheel-Drive is present in the truest sense of the word with power to each wheel being controlled individually, resulting in a (somewhat) sporty drive with a 0-100km/h time of around 9 seconds and a 160 km/h top speed.

Just be sure recharge the batteries with green electricity.