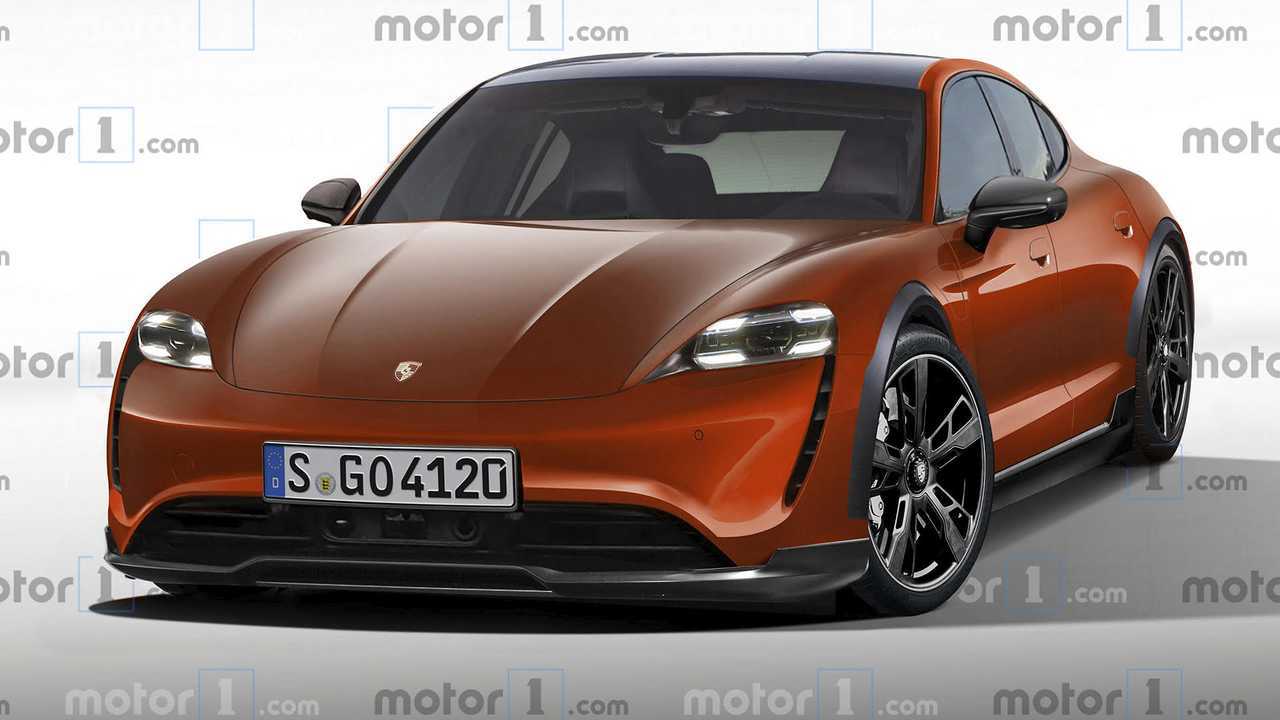 Porsche is dead serious about its plans of electrifying its model range. We are just a few months away from the official debut of the first-ever production all-electric Porsche – the Taycan will be revealed in September and pave the way for more EVs from the Stuttgart-based automaker. The first to follow will be the crossover/wagon version of that model, tentatively dubbed the Taycan Cross Turismo. Our exclusive rendering previews what to expect from the rugged electric vehicle.

Visually, the production variant won’t be drastically different than the Mission E Cross Turismo Concept that was unveiled at the 2018 Geneva Motor Show. Still, in the transformation from a study to a road-legal vehicle, the Cross Turismo will most likely lose the aggressively-styled diffuser in the front bumper, which will be replaced by a more conventionally-shaped grille incorporating different kinds of sensors. The EV will also probably do away with the additional LED lights in the hood and we predict the shape and size of the air intakes at the front will be changed.

Porsche’s plan for its electrified vehicles is quite ambitious. The manufacturer sees at least half of its sales to consist of either all-electric or plug-in hybrid models by the year 2025. After the Taycan and Taycan Cross Turismo, the brand will also launch an all-electric Macan, which could be followed by an electrified version of the Boxster. Eventually, all nameplates in the range will include a hybridized or fully electric variant.

As for the Cross Turismo, we don’t have an exact launch date yet but Porsche said it should arrive “at the start of the next decade." Roughly, this should translate into sometime in 2020 and our bet is either the Geneva show in March or one of the big North American shows later during the year.