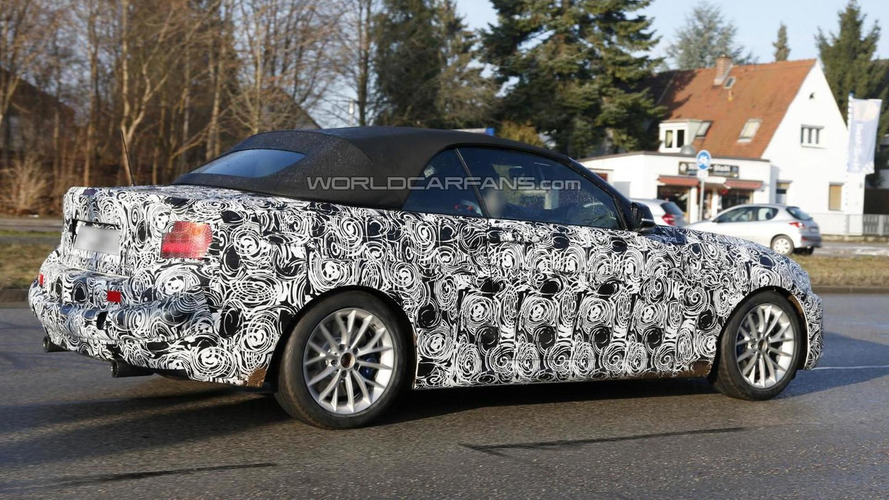 The BMW 2-Series Convertible has been spied for the first time during testing on public roads.

Ealier today we showed you first photos of the BMW 2-Series Coupe. Now the Convertible has been spied for the first time as well.

The 2-Series family will make its debut late next year when the Coupe will be introduced, followed in 2014 by the Convertible. The 2-Series will contain the coupe and cabriolet versions of the 1-Series hatchback, along with a potential GranCoupe version coming in the next few years.

A prototype of the 2-Series Convertible was spied by our photographers during some testing on public roads. It will look sportier than current 1-Series Cabrio and will be powered exclusively by 4-cylinder engines. The gasoline family will include a 2.0-liter offered with 150 hp (112 kW), 177 hp (132 kW) and 218 hp (163 kW). These will be joined by a 2.0-liter turbocharged diesel generating 214 hp (160 kW).

As standard, all power units will be mated to a six-speed manual gearbox or an optional eight-speed automatic transmission. BMW's xDrive AWD system will be offered.