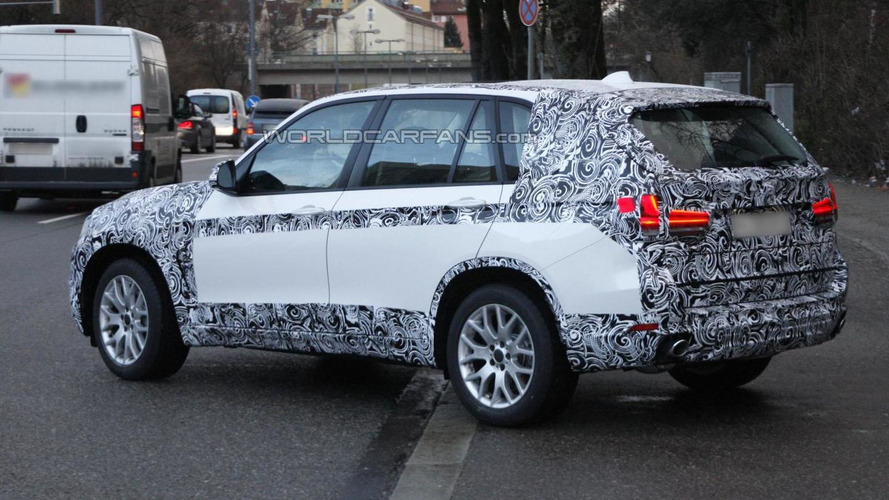 These are the most revealing spy photos of the 2014 BMW X5 yet. It will be launched sometime next year.

These are the most revealing spy photos of the 2014 BMW X5 yet.

Set to debut sometime next year, the new generation of the SUV will grow significantly in length and will feature a longer roof. The main reason behind this decision is to distance the X5 from the smaller X3 which also had to grow to make room for the X1. Thanks to the increased length, BMW will offer the 2014 X5 with a third-row seating option which will probably boost sales in the United States.

The exterior will feature an evolutionary design with a sloping roofline and a prominent front grille, as well as a dual exhaust system and a tailgate-mounted spoiler. Previous spy shots have shown an upmarket interior featuring a big iDrive display, a three-spoke steering wheel, wood trim and metallic accents, along with leather upholstery.

Engine options remain unconfirmed for now, but the prototype in these spy shots had a V8 engine while a hybrid variant is very possible. The M version will come out a year later as a 2015MY and will feature a specially-tuned suspension and benefit from the weight saving tech of the 5-Series (F10).