They’re designed by Jonathon Adler and beaming with pride.

New York City is hosting WorldPride, marking the first time the event has come stateside. It serves as the backdrop for the largest and most historically significant LGBTQ+ celebration to date. And BMW is, once again, playing a very active role in pride month celebrations, which includes the debut of a bespoke 8 Series Convertible created by renowned designer and vocal LGBTQ+ advocate Jonathon Adler.

The wrapped droptop is eye-catching from every angle, starting with its white over red color combo that’s graced by black accents. Rainbow streaks extend from the taillights to the side air vents, dominating the convertible’s side profile. The car’s generous hood space is adorned with a rainbow heart filled with a checkered flag pattern and matches the design scheme found on the trunk lid and side mirrors. Stealing the show, however, are the rainbow-wrapped headlights that make this special M850i truly unmistakable. Finishing the design is a Jonathon Adler logo and BMW’s #GoWithPride campaign logo.

While the one-off creation’s modifications are purely cosmetic, the 8 Series Convertible is a worthy chariot out of the box. The M850i’s twin-turbo 4.4-liter V8 puts out 523 horsepower and helps the car reach 60 miles per hour in a claimed 3.6 seconds. That’s more than enough grunt to cruise through the streets of New York City during Pride Month. 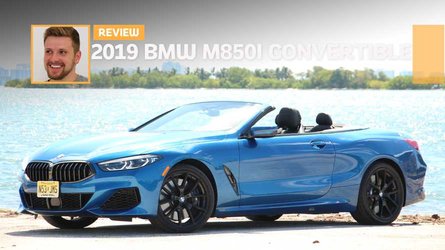 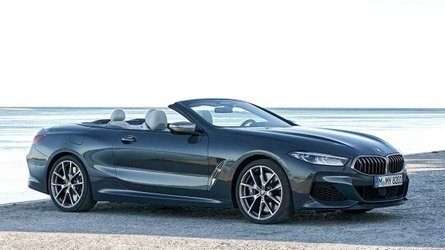 WorldPride will culminate in a Pride March, lead by a fleet of Adler-designed 8 Series Convertibles carrying the event’s grand marshals. The cars will lead the March’s anticipated 100,000-plus participants, which will be comprised of 74% non-profits and more than 150 international groups. Starting at Madison Square Park, the parade route passes by several salient monuments, including the Stonewall National Monument and the NYC AIDS Memorial.