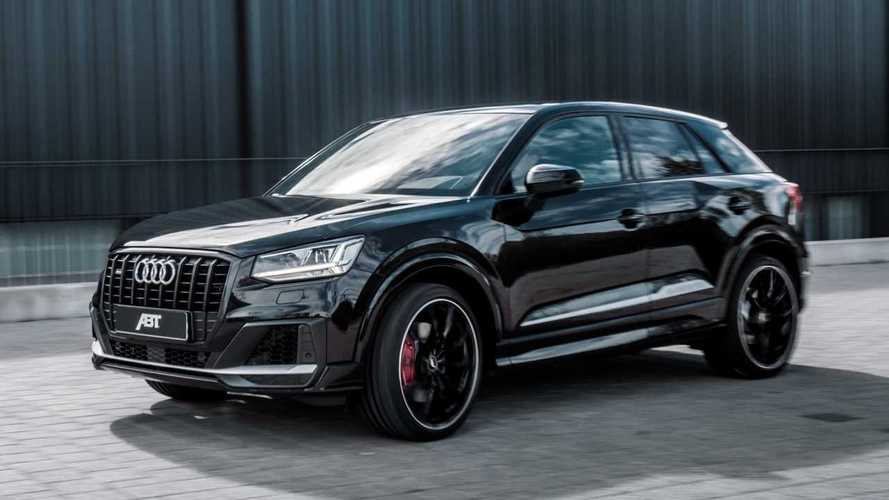 A tuner's take on the RS Q2 that Audi may or may not build.

For whatever reason, the Audi Q2 isn’t getting much media coverage. Maybe it’s because the pint-sized high rider is not available in the United States or simply it’s not all that interesting, but Ingolstadt’s entry-level crossover is rarely in the news. The Four Rings are trying to spice up their baby CUV with a warm S version unveiled back in October 2018 at the Paris Motor Show. Developed like all the other S and RS models by Audi Sport, the SQ2 rivals the BMW X2 M35i, but also its VAG sibling – the Volkswagen T-Roc R.

While the jury is still out on whether the company’s go-faster division formerly known as Quattro GmbH will ever come out with a full-fat RS Q2, one tuner has taken matters into its own hands by spicing up the SQ2. Specialized in products from the VW Group, the German aftermarket specialists from ABT have taken the smallest Audi Sport SUV to work on its turbocharged 2.0-liter gasoline engine.

Gallery: Audi SQ2 by ABT

ABT has also fiddled with the top speed limiter since the SQ2 can now go beyond the 155 mph (250 kph) electronically governed velocity achieved by the stock model built at Audi’s plant in Ingolstadt along with the lesser Q2 versions. Flat out, it’ll do a respectable 163 mph (262 kph) thanks to the newly gained muscle.

To better reflect this isn’t an ordinary SQ2, the tuner has removed the standard wheels to make room for custom 19- or even 20-inch glossy black alloys that come bundled with a wheel-spacer kit.