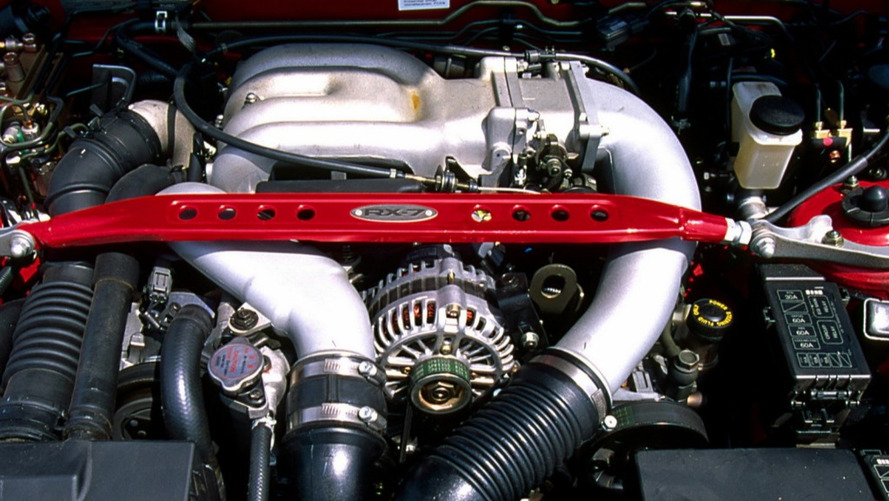 The company could also apply some of this tech to piston-powered engines.

Mazda ‘Dreams’ Of Rotary-Powered Car, But ‘Has No Time Frame’

Five of the patents specifically concern technology specifically for rotary engines. The other two are for systems that could affect both Wankel and piston-powered layouts.

Using a machine translation of these patents, it's possible to get a general idea of what Mazda's engineers are developing. However, getting a detailed, technical understanding of what the company has in mind is difficult without being fluent in Japanese.

The patents take on issues that could make the rotary more viable in the modern world. The topics include enhancing intake efficiency, improving performance without increasing the rotor's sliding resistance, and a method of removing soot and water from the rotor chamber.

Mazda also describes a different method of turbocharging where the "driving force of a turbine can be more effectively enhanced," and this could apply to a rotary or piston-powered combustion engine. The company also has a patented method for both types of powerplants where exhaust gas recirculation "can be properly introduced into each cylinder."

The rotary engine will return to the Mazda lineup soon, but it won't be in a revived RX-7 or RX-8. Instead, the engine layout will function as a range-extender for topping up the battery pack in a hybrid vehicle.

"Inside Mazda, we all have the dream of seeing one day a vehicle powered by a rotary engine. But given the number of things we have to do, we had to put this on the back burner, and we have no time frame," Mazda CEO Akira Marumoto told Automotive News Europe in June 2019.

Still, the significant number of patents in this new discovery indicates that the automaker isn't willing to abandon the engine layout yet. Otherwise, engineers wouldn't bother patenting improvements on the design.