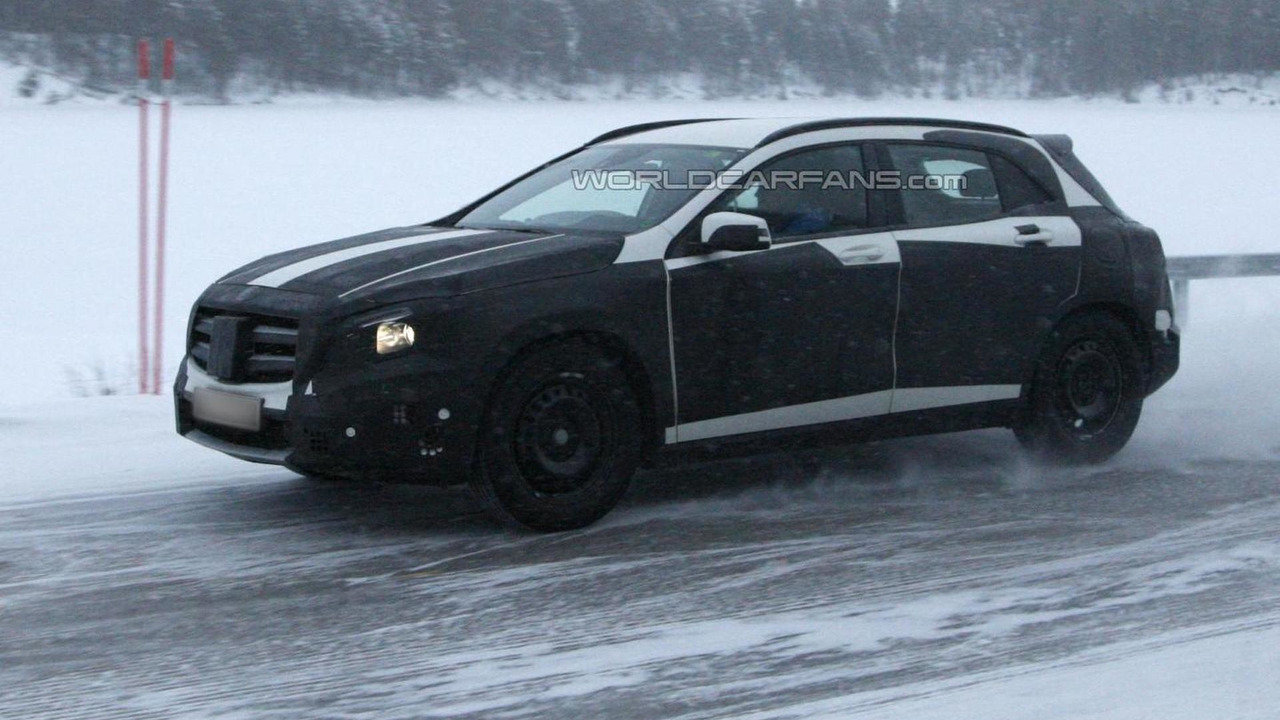 Our spies have grabbed on camera a Mercedes-Benz GLA prototype while undergoing some testing.

Our spies have grabbed on camera a Mercedes-Benz GLA prototype while undergoing some testing.

It will be M-B's entry-level crossover offering based on the firm's MLA platform that underpins the A- and B-Class models. Naturally, engine lineup will be very similar to those two cars and will probably be topped by a hot AMG version with a four-cylinder, 2.0-liter turbocharged engine delivering approximately 335 HP (246 kW).

Set to tackle the BMW X1, the GLA will have a sporty appearance heavily influenced by the aforementioned A-Class. Expect to see sweptback headlights, roof rails, tailgate-mounted spoiler, prominent front grille and an increased ride height.

The Mercedes-Benz GLA is scheduled to come out sometime next year in Europe, followed by a 2014 launch in the United States.